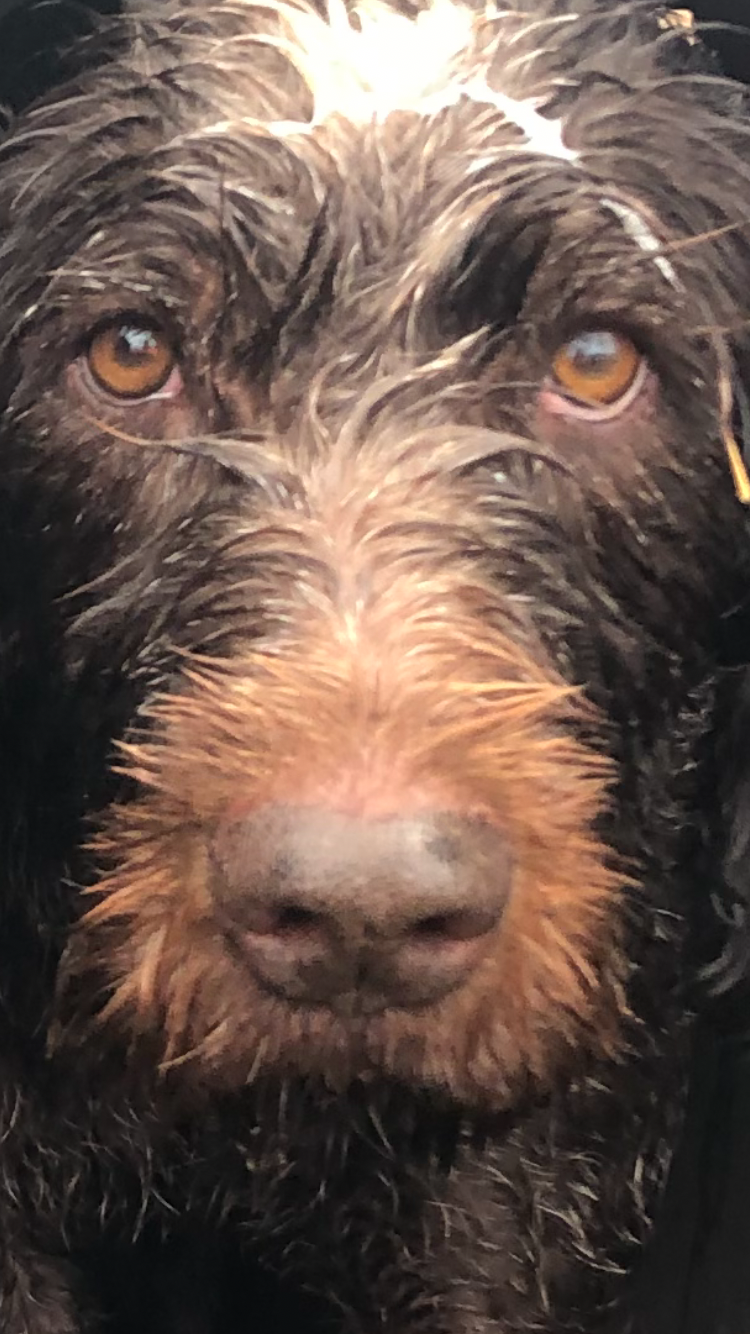 More: Murphy has had a hard life. He had his back leg broken when he was 2 years old when a trainer slipped in the mud and fell on him. He missed his second season recovering. But went on to become an elite, professional South Dakota pheasant dog. When he was 4 he was hit buy a truck chasing game & tore his radial nerve in his front right leg…. Rendering it useless. Heartbroken for what was lost and what would never be I retired him … and truth be told considered putting him down since he could barely get around, much less , do what he most loves and was built for. Then … slowly , some things began to change. He became more mobil … and the light returned to his eyes. He met me at the door one day with a bumper in his mouth. I gave it a pathetic toss …. For what I perceived as a sad , broken animal. He retrieved it and dropped it at my feet. I threw it again … this time as far as i could. I watched my sweet dog that was raised in my home , spoiled by my daughters and sometimes loved by my wife …. Sprint across the field and make the retrieve. At that moment I knew that Murphy didn’t belong back home in Tennessee but in the fields of South Dakota again were he and I guided each fall. It’s been four seasons now since his accident and Murf out points and out retrieves his 4 legged teammates. My sweet tri-pod has inspired me and the hundreds of hunters that have followed him through the fields. Heart , courage , drive …. I could write a book about what Murphy has taught me … And Isn’t that what’s so remarkable about a great dog. ? They love us as we are and remind us of what we can become …. My life is richer for having known Murphy.
Vote