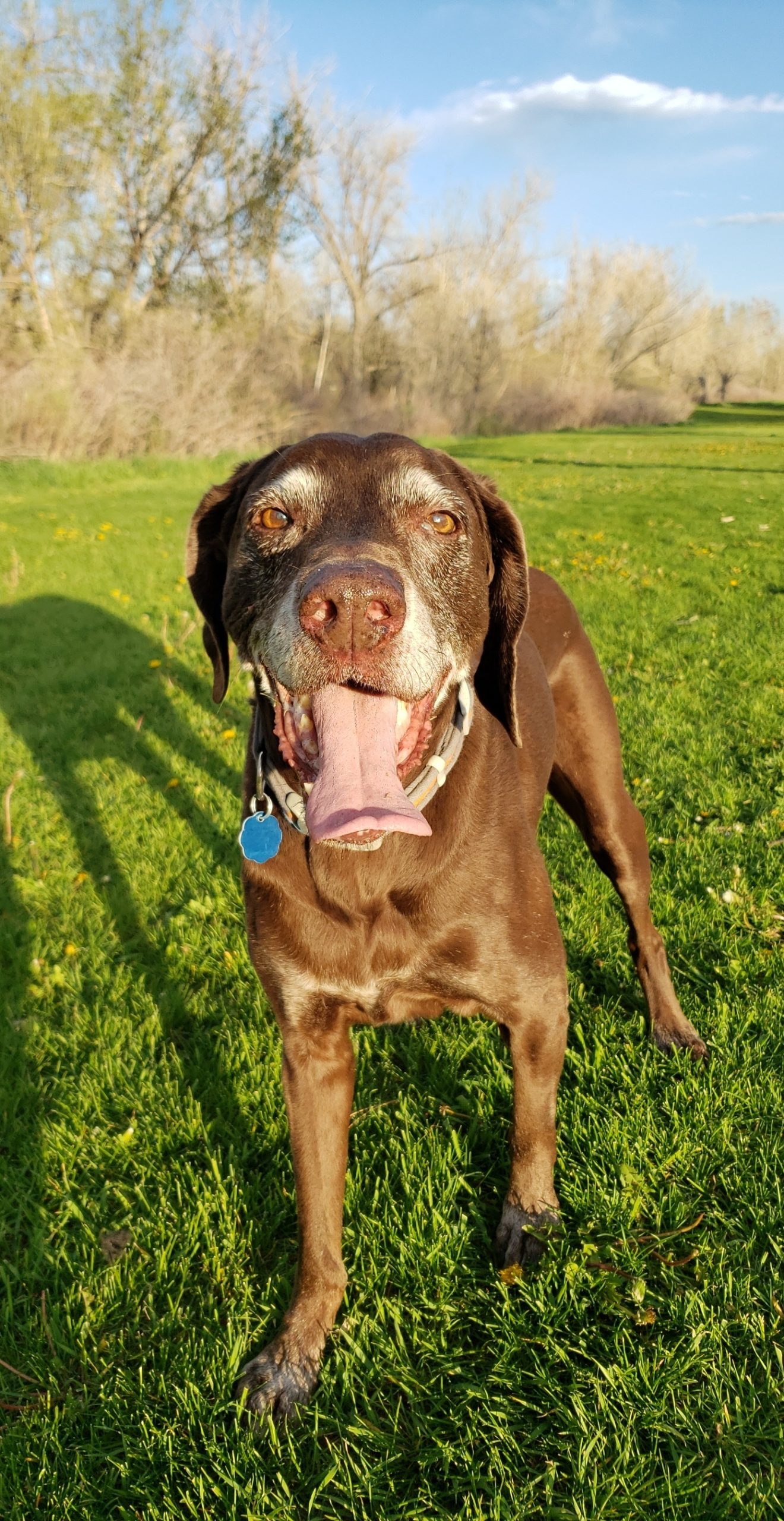 Nestle is a rescue we adopted at 12 weeks old. 15 years later he's still my best buddy and going strong.

More: His favorite thing in the world is to play ball. He can't do it as much anymore because of the arthritis, but he still likes to play as much as possible. His best friend was my cat and he was "raised" by a toy poodle. Probably why he still thinks he's a small dog haha. He's the sweetest dog I've ever met and has never met a person he doesn't love. He loves small animals and is a gentle giant to them. He's truly as sweet as Nestle Chocolate.
Vote