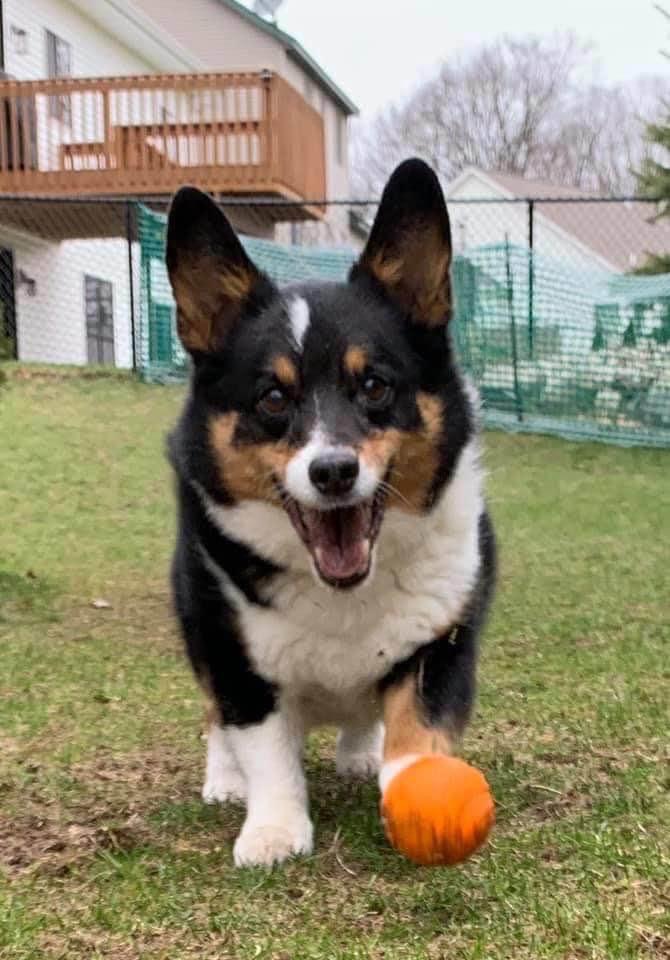 More: Niko was diagnosed with incurable nasal carcinoma in March 2020. He received 3 Stereotactic radiation treatments at Michigan State U Vet clinic in March. He did great with treatment but started going lame in his back end shortly thereafter. An MRI at Grand Raids Blue Pearl clinic revealed a subarachnoid diverticulum at T9. The MRI did not reveal advancement of the cancer in his nose, so he underwent a hemi-laminectomy by the nephrologist vet in May in GR. (MSU clinic was closed due to COVID-19.) 3+ Hours of delicate surgery to remove the pressure, 3 days at the Vet hospital post op, 6 weeks of bathroom privileges only then 3 more weeks of limited activity. He was SO ready to okay fetch!! As of today, a year later, he’s starting to show some nasal symptoms but still plays ball and tries to keep up with his 2-1/2 yo Aussie sister. Oh yeah-we adopted him from the Jackson MI Humane Society at age 9. He has been a joy to our 12 yo corgi Bryn who died of DM 1 month after his adoption. Since then he’s loved on 2 other senior corgi rescues (12 yo Cassie died of osteosarcoma and 14 yo Glory died of kidney failure.). Now he’s busy trying to train our anxious/reactive 2-1/2 yo Aussie rescue. He is SO special and has endured so much in the 4 years we’ve been blessed with his presence.
Vote