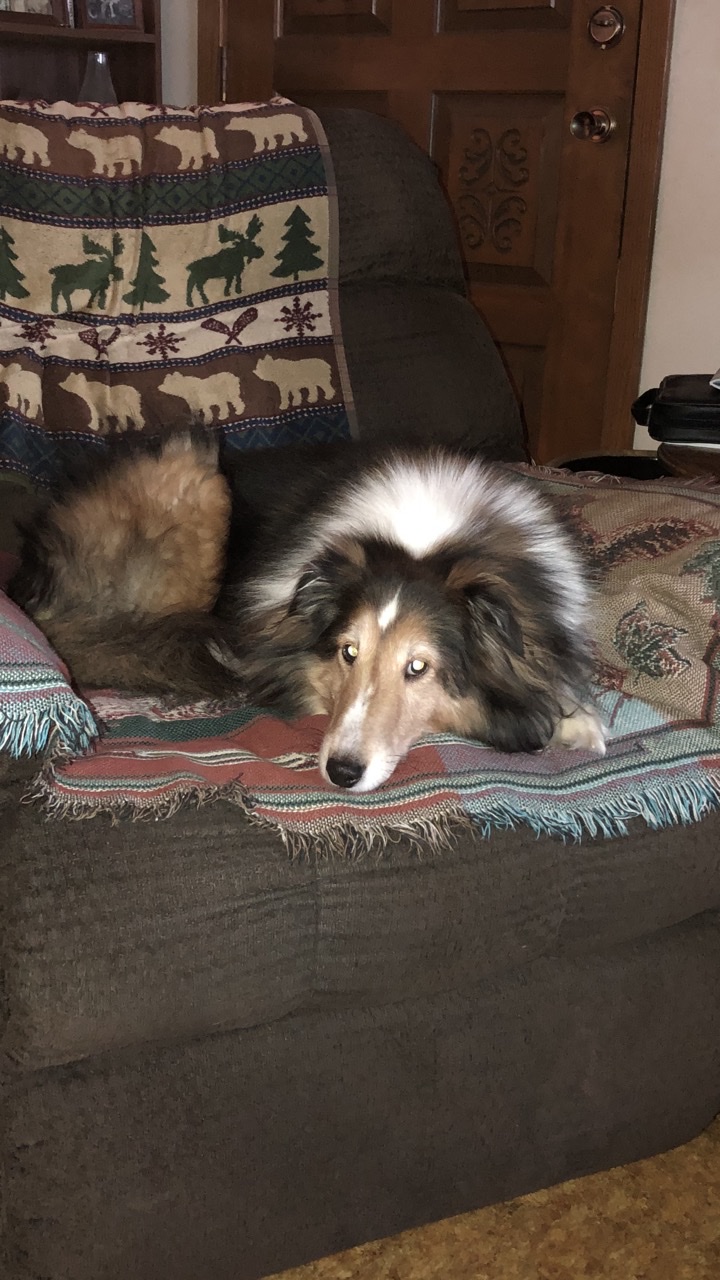 More: This dog was at our family farm and my parents couldn’t even say my name and he would get excited run out to the entryway get in his chair and look outside to see if I was there. So then they just started saying D and he caught onto that as well. When I did arrive at the farm I would sit down on the couch in the entryway and say Ollie give my 5 he would sit down and put his paw onto my hand. He also loved his massages as well. Sometimes when I come over he would lay down in front of me and I would massage him and when done with one side he would turn over it was craziest thing. At meal time he had his own chair in the corner by the table where my Dad would sit. I would say it’s time to eat Ollie get in your chair and he would run and get in his chair and sit down. When my Dad would say grace he would put a small piece of food by his feet and while my Dad was praying he would bow his head and not eat the food until my Dad said “Amen”. I would love for him to be front page in loving memory of him. He just died suddenly last week unexpectedly from a stroke. He was the most smart loving caring dog I have yet to experience. Missing him dearly. Thanks for your time
Vote