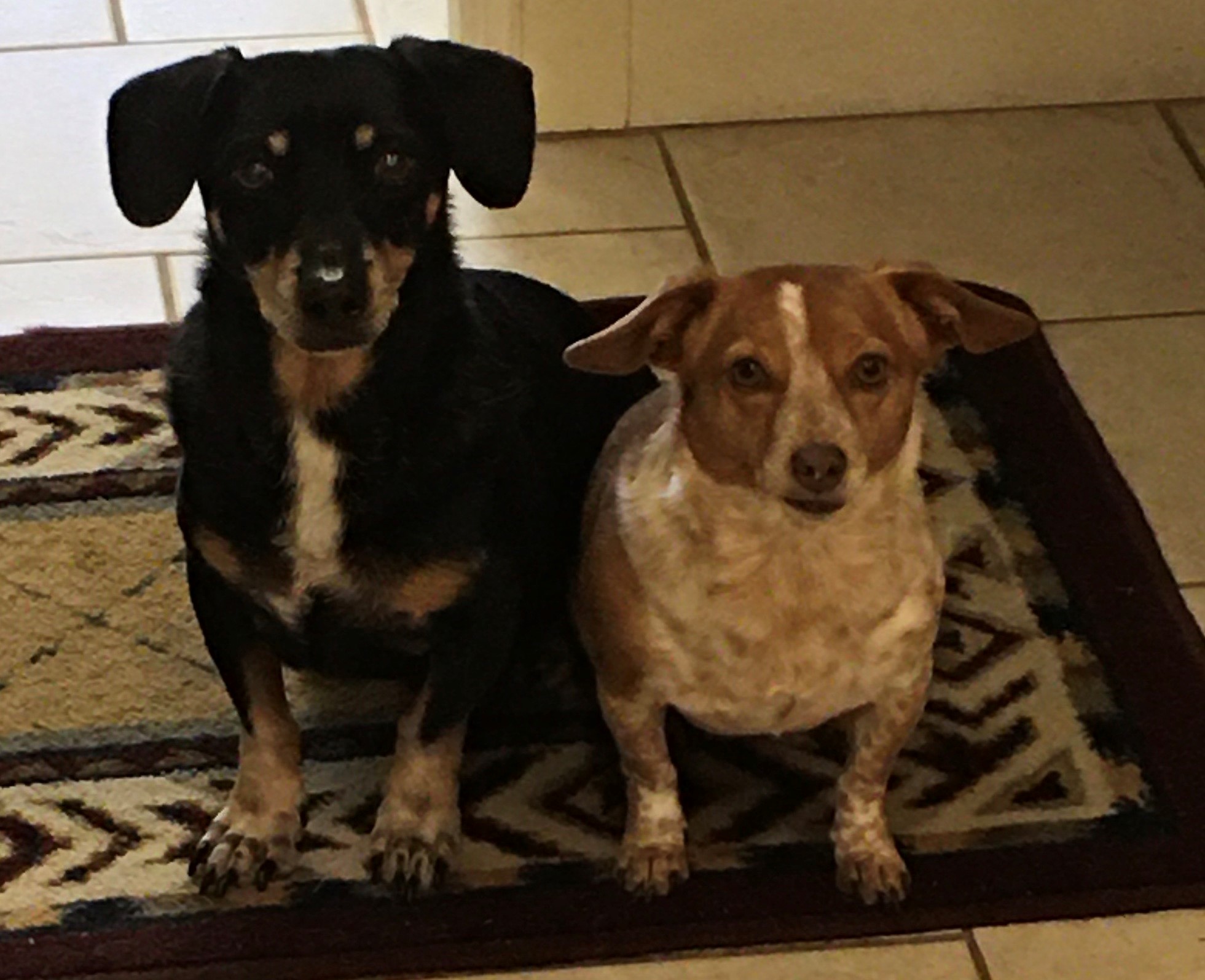 What are we going to do now, Mom?

More: Both Opie and Ivy rescued us! Opie had been left behind to find food and water for himself when the local rescue people found him. The first night he was with us, he caught a rabbit in the backyard. He has since learned he doesn't have to catch his food! He is very kind and well behaved. After being the only dog for several years, he immediately accepted Ivy, no questions asked. It appeared that Ivy had never enjoyed being in grass before the day we brought her home. She would run about the yard for awhile and then just dive into the grass and roll around in it before dashing off on another run. We truly treasure them both.
Vote