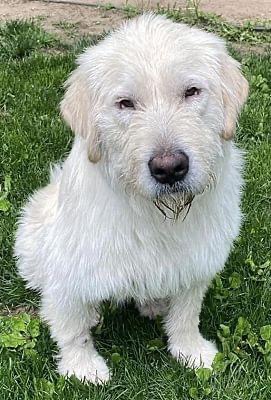 The Best Dig Ever!!

More: Oscar has been through a lot in his short life. We adopted him this year after he was treated for heartworm and had eye surgery to remove eyelashes that had grown into his eyes. Shortly after we got him he developed a hotspot with an infection and needed treated once again. In September he diagnosed with blastomycosis, a severe fungal infection in his lungs. He was in ICU for two days and we almost lost him. Despite all this, He is the sweetest dog ever. He loves everyone he comes in contact with, people and other dogs alike. He loves snuggles and toys and has the most easy-going personality. We are so lucky to have him as part of our family.
Vote