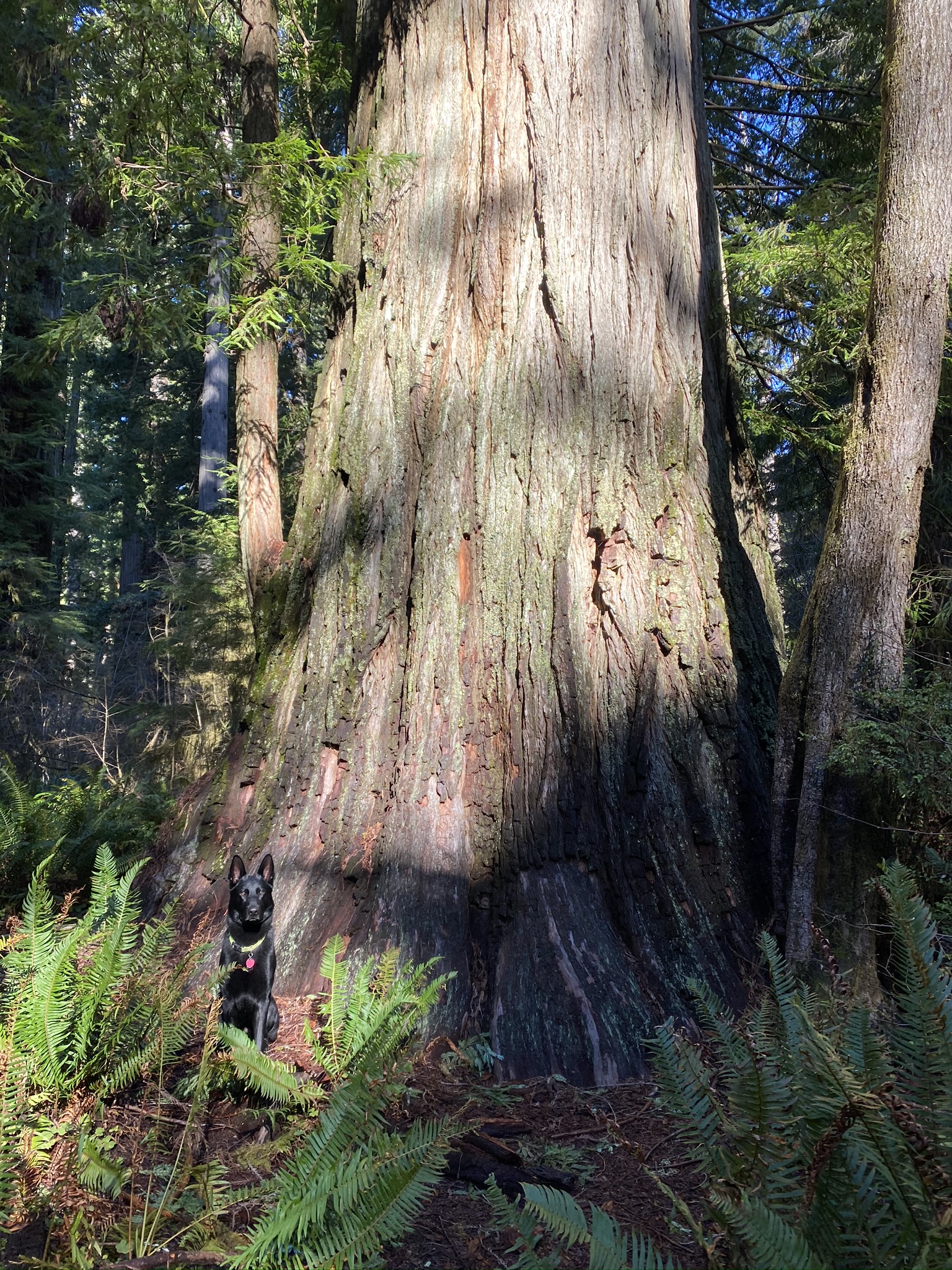 More: He’s a solid working line from Czech Republic, both his father and grand father are/were Police K9s. Panzer was originally trained as a Human Remains Detection Dog (cadaver dog) and was on call to the Police Department. When he turned about 18 months we discovered this wasn’t enough and he was such a physically strong dog and he loved to use it. So we switched him to protection/apprehension - where he still is and loves it. This photo is in the Redwoods on R&R. His goal was to pee on the biggest tree in the world they were so big I don’t know if he knew they were trees. He’s a very loving dog and takes protecting me very seriously.
Vote