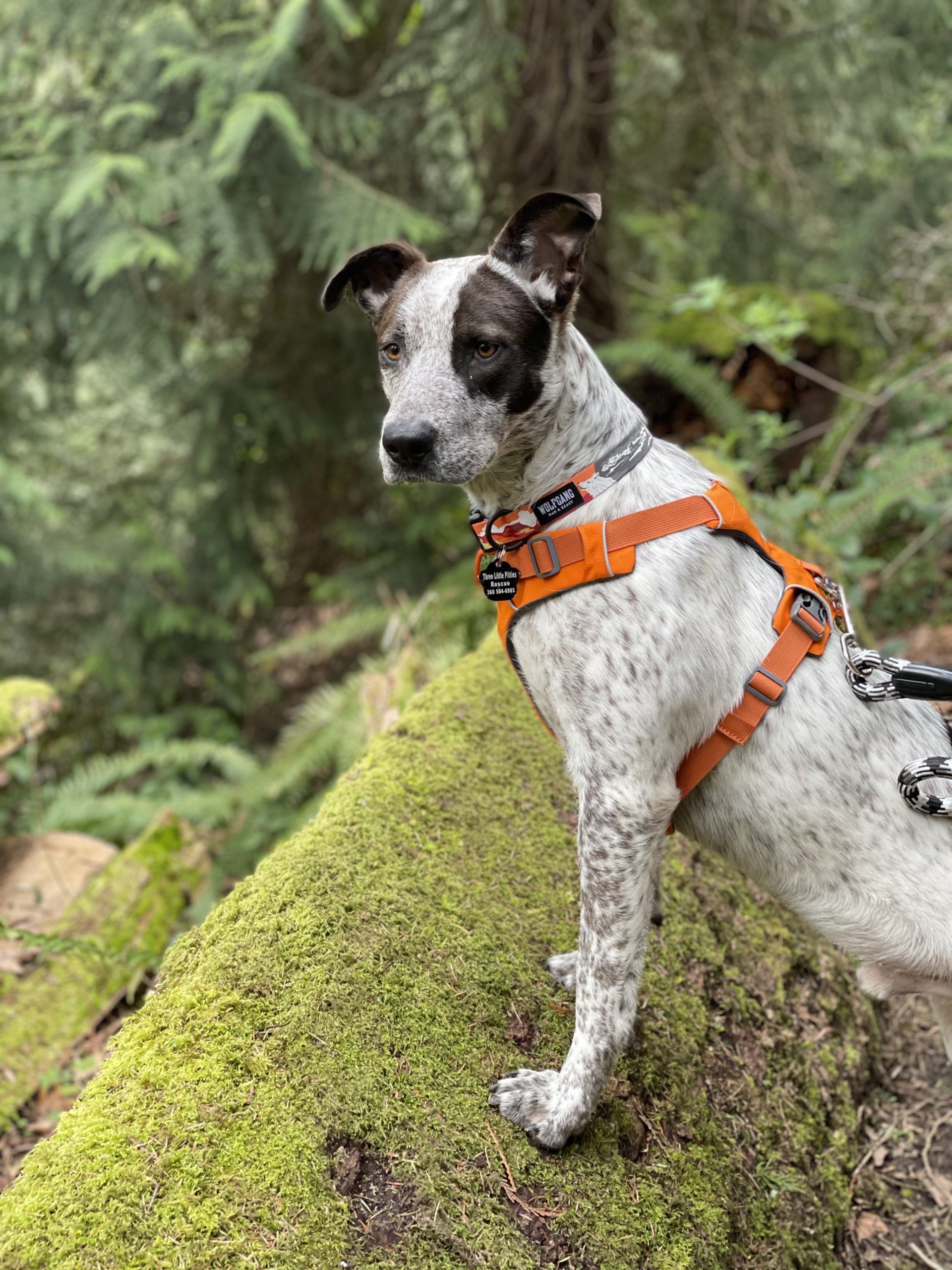 Pickles enjoying his first ever hike and his first PNW forest excursion in his new home. An adventure pup through and through.

More: Pickles is such a special pup. He was rescued in December 2020 by Three Little Pitties, a nonprofit, based outside of Houston, TX after he was found with his head stuck through a tire rim at a local fairground (see his Dodo feature: https://fb.watch/4JGCHglgM_/). He recovered under the care of his foster mom Kelly. They believe Pickles was born a stray. I was lucky enough to find Pickles online and after a rigorous application process I was given the greatest gift - the offer to bring him home. Pickles made the two-day journey via truck up to the Pacific Northwest from Houston where he now lives (Seattle) with his two loving pawrents. We are so very lucky to have such a sweet, loving, survivor of a pup in our lives to adventure with.
Vote