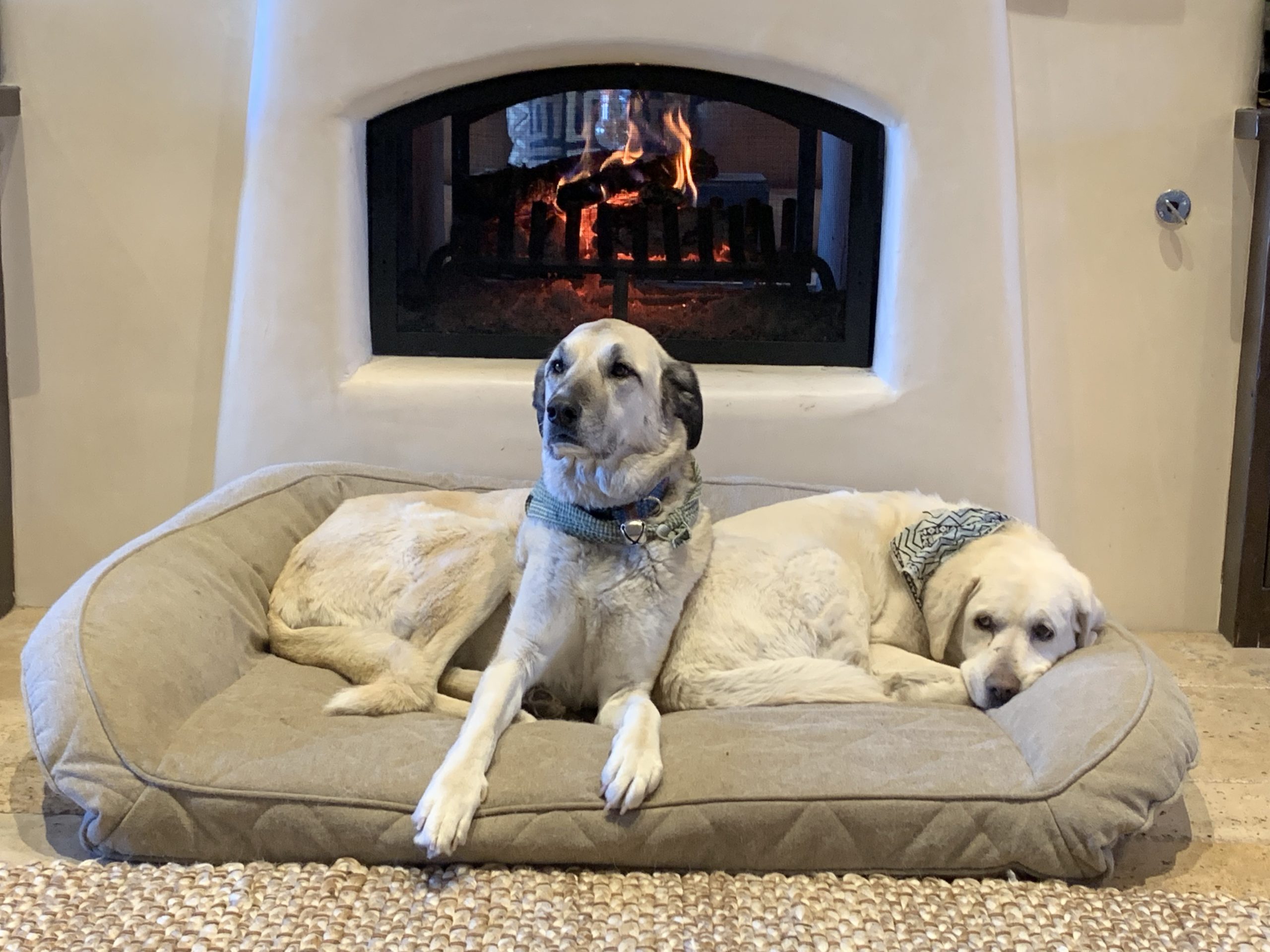 Did someone say “treat”?

More: Rafiki (Anatolian). Rafiki is the most gentle and most fierce of Anatolians. She loves chasing crows, or pretty much anything that moves within her sight line, which is vast, is devoted to her older sister, Riley (English lab), and loves to roll in the snow. Riley. Had labs been around in Ancient Greece, Riley would’ve been noted by Plato as the “ideal” lab— she loves swimming, chasing, greetings and merriment, all forms of food and treats, and sleeping by the fire. She would rival Chelsea’s Edouard Mendy in her defensive ball-stopping capabilities!
Vote