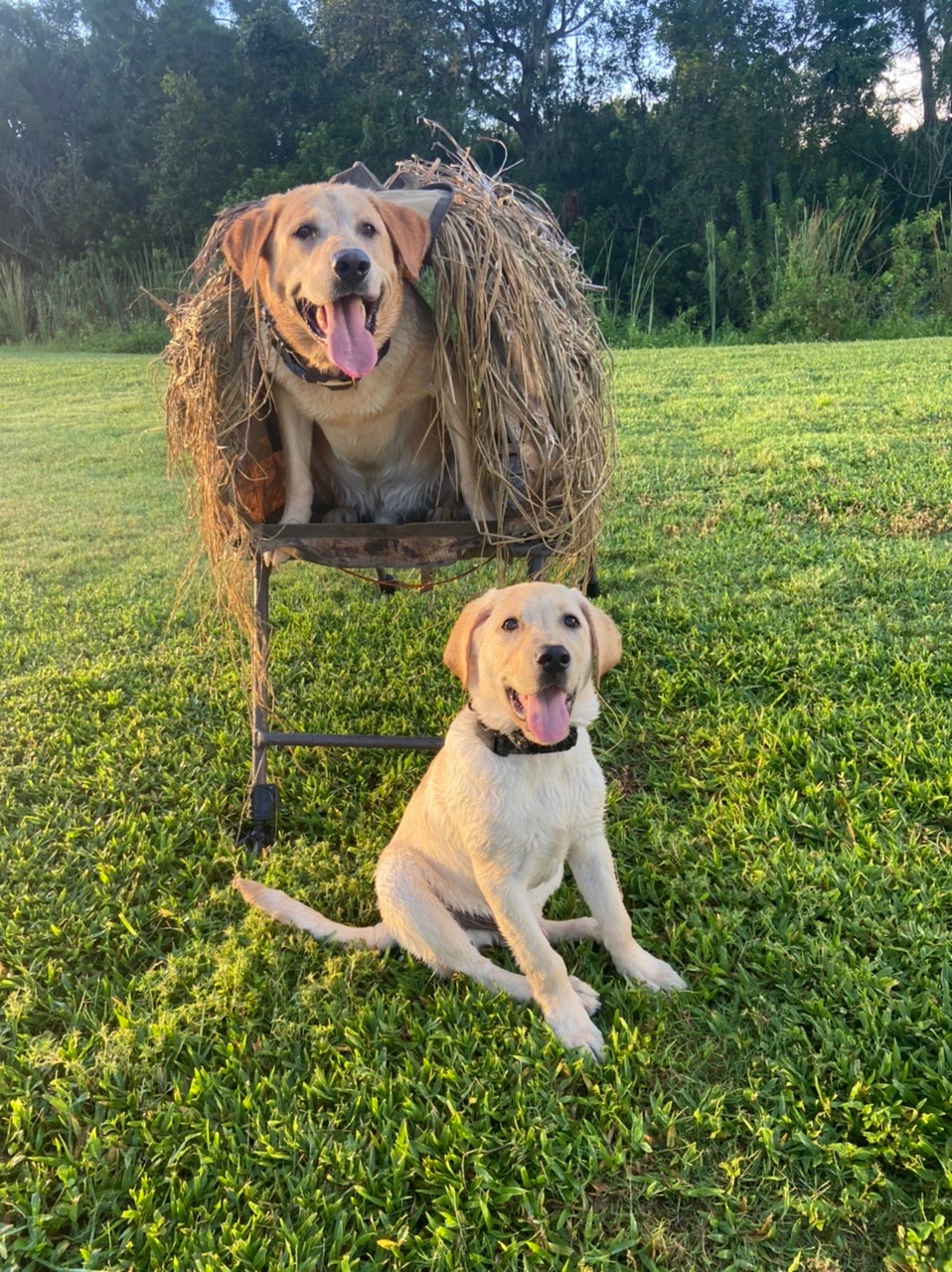 More: Rocky is six years old and hunts waterfall and upland game and has been since he was six months old he’s also a competitor in Hunt tests and has his AKC Junior Hunter and UKC SHR titles. Creed Is Rockys three month old son and he’s both AKC and UKC registered. Creed is in training and will be going to North Dakota at the end of the month for his first hunting trip with his dad Rocky, and me. I wanted to get a photo of creed in training and just before I took this picture I heard whistling ducks flying in from behind me and looked back and when I turned around to snap a photo of Rocky and his son creed they were both staring at the ducks as they were flying over their heads. They are truly two of a kind and love everyone. It’s a joy training creed and in fact having Rocky who is fully trained has actually helped with many of the lessons
Vote