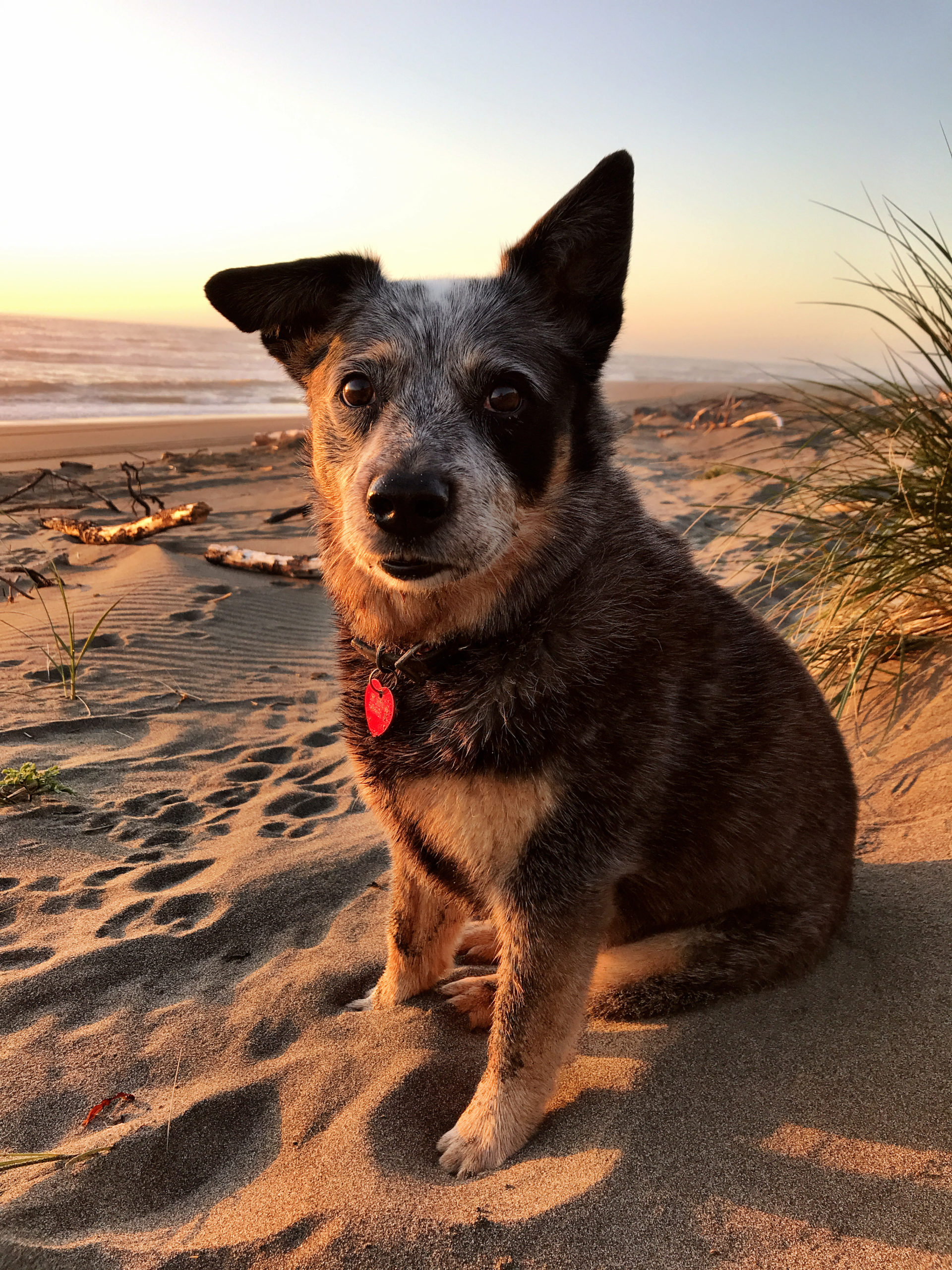 Ruby enjoys another golden hour of sunset on the Northern California coast.

More: Ruby flunked out of therapy dog training but only because she saw the biggest Doberman Pinscher either one of us have ever seen at a critical moment during the test. It didn't damage anyone's opinion of her though. She has traveled the US, Canada and Mexico. She has hiked thousands of miles with me. Like all dogs, she has been the purest of friends during the most tumultuous of times. Ruby and I think everyone believes they have the best dog, and they are all right. Thanks for being true dog devotees.
Vote