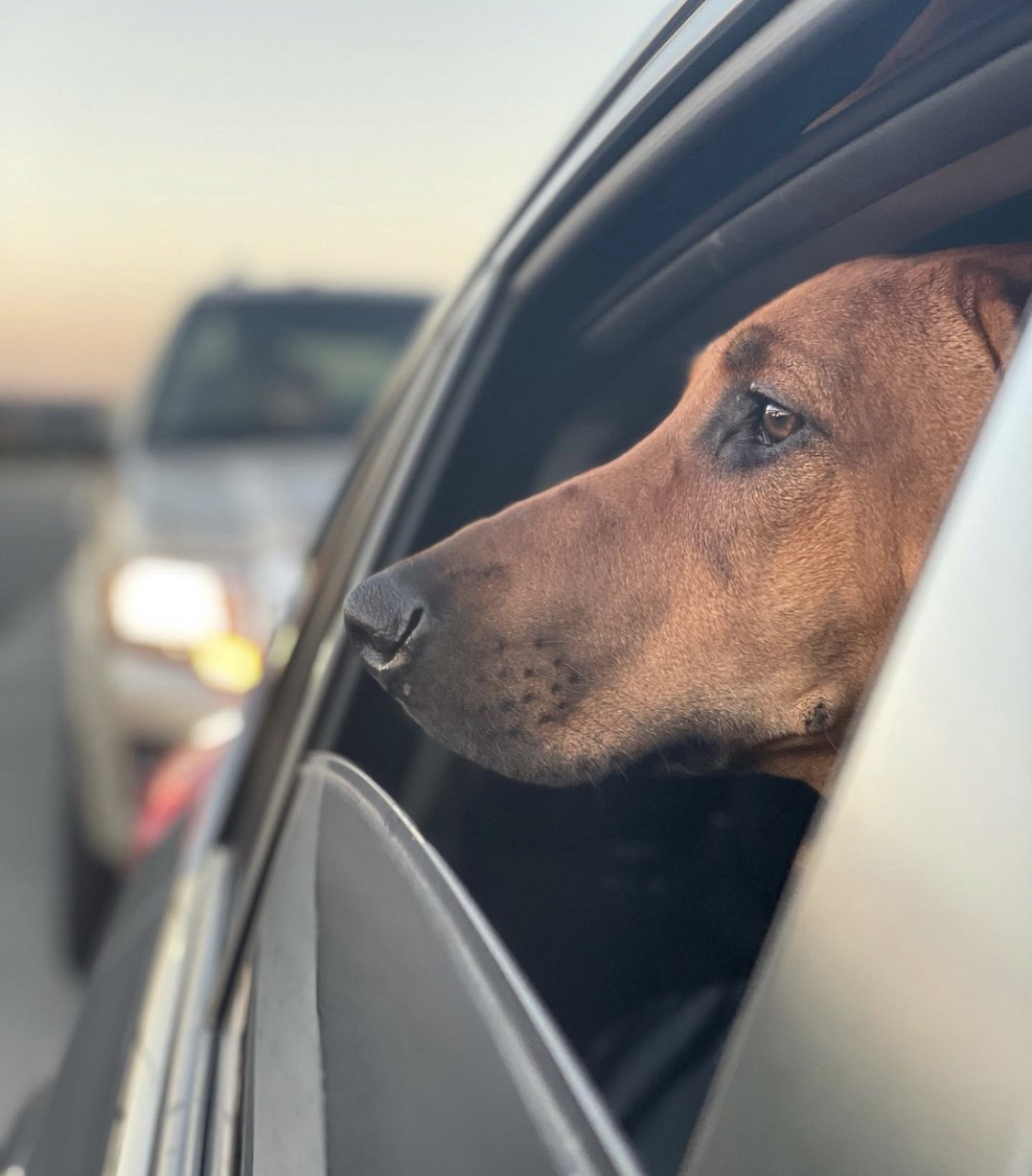 More: Rudie loves to go in the car. She in just 7 months old and is growing like a weed. Her dad is a very tall rhodesian ridgeback and she is taking after him. She’s been growing so fast that she has had some shifting lameness in all of her legs, which the vet says should go away when she’s done growing. It’s been a tough couple of months trying to keep a very active puppy from running around too much. She loves other dogs so much and misses being able to play hard but she’s been a trooper!
Vote