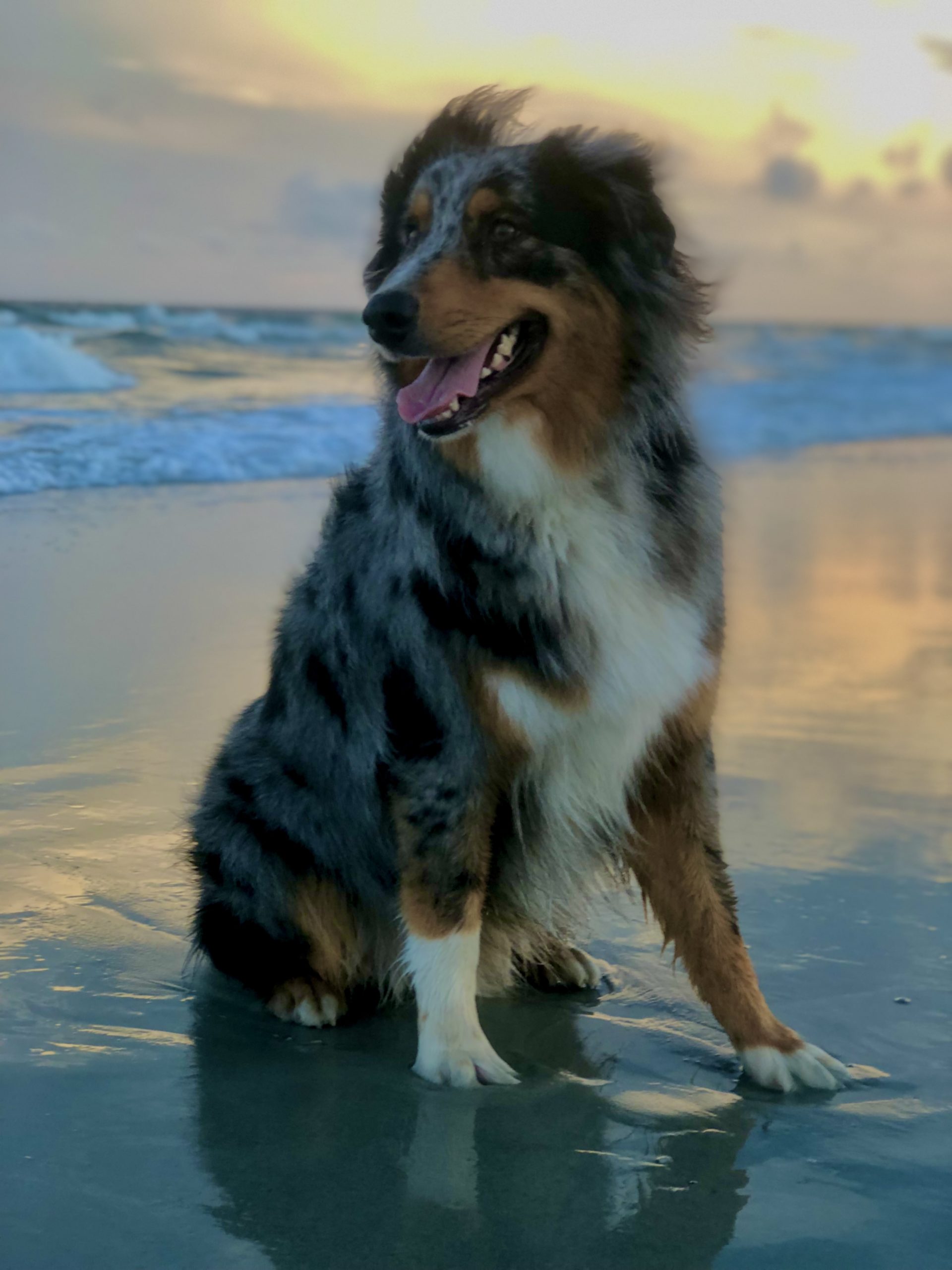 “ The weather is here, wish you were beautiful” - Jimmy Buffet

More: There aren’t enough words that can describe Ryder, he is quite the wiggle butt, who loves to cuddle. He’s a high energy boy, who loves to chase a frisbee until his legs won’t work. His favorite days are spent outside, hiking, swimming and running. Whether he’s at the lake, the beach or in the mountains he just wants to play and be with his people. He’s a tradition aussie with floof, a wiggle butt, and a big ole heart who loves his people. He is protective, playful and so special. He has so much energy but loves to spend the evening curled up with his people on the couch. His favorite time is outside time with his people. And man, those eyes! He is the most photogenic dog I’ve ever been around. My life would not be the same without Ryder.
Vote