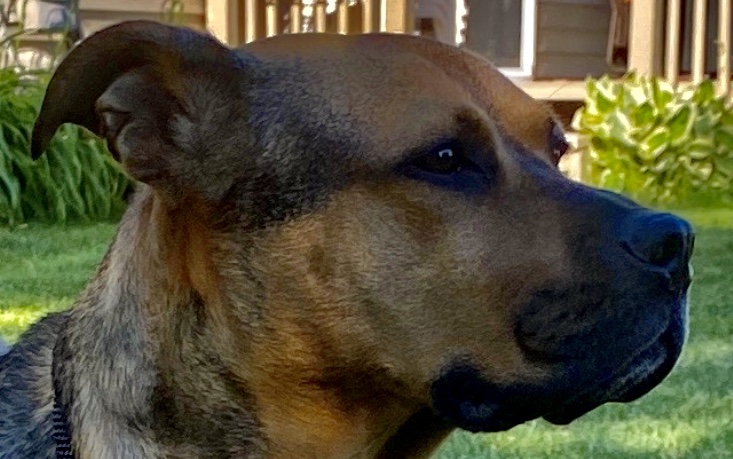 More: We adopted Sammy June of 2020. He had been returned to the same rescue twice. While his appearance and bark could be mistaken for a aggressive animal, he does not have a mean bone in his body. Don’t get me wrong. He will protect his family and his toys but he is truly our best friend. It’s apparent he has been through a lot in his years but he remains to be a faithful loyal companion
Vote