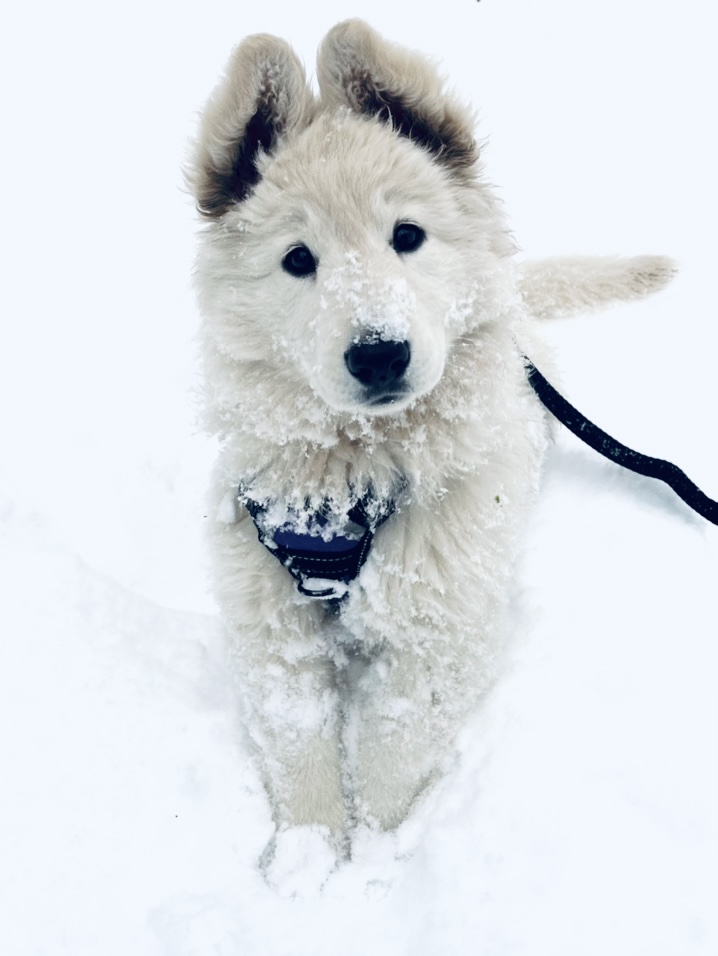 More: Zenge was born 5th out of six puppies and she was found in her mother’s mouth shortly after she was born. Her brother was born under supervision and they were the only survivors from that litter. The first four puppies had apparently been eaten. Her name Shutzengel Freundhutehund is German for Guardian Angel Companion Shepherd Dog and she is a Service Dog in Training. She was a Christmas gift from my foster mother who raises German Shepherds. She kept her older sister, Ice Crystal, from a prior litter. Their mother is solid black and their father is solid blue. White German Shepherds were exterminated in Germany because they were believed to be flawed so they are more rare than the standard colors.
Vote