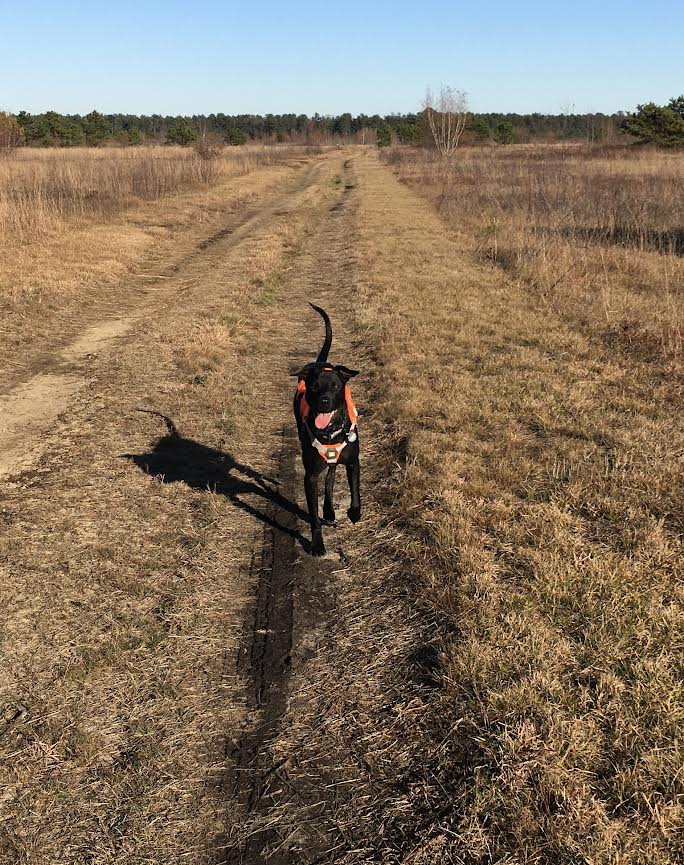 More: Seamus' mom was found as a pregnant stray on a cold December night in Mississippi. A Good Samaritan alerted an animal hospital and later that week she gave birth to 15 puppies. 14 made it and were transported to Maine Lab Rescue in February of last year. We adopted him later that month and since then he's enjoyed walking in the woods with us, zooming around his big backyard, playing tug, making us laugh with his goofy antics, and snuggling on the couch. He has done small hikes with us and we are looking forward to getting him on some bigger mountains in the Northeast - he certainly has the energy for it! This photo was taking at one of our favorite places to walk in the area, the Kennebunk Plains Wildlife Management area. Hunting is allowed there so he rocks his blaze orange harness during hunting season.
Vote