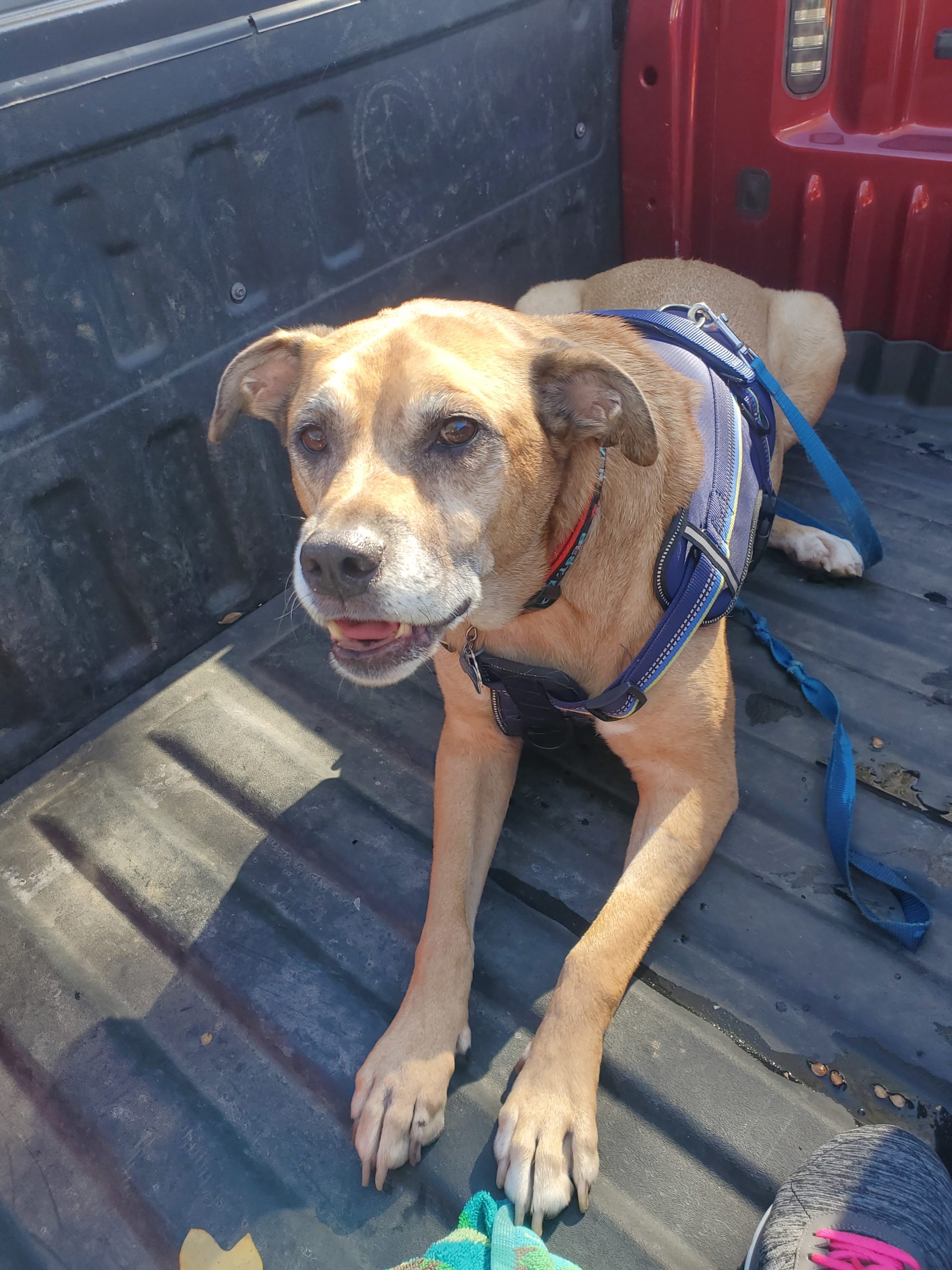 Why is the tiny weird puppy thing following me on car rides?

More: I rescued my dog when I was 18. He was 6 months old in with the big dogs. He is 12 years old. He has helped me through so much and taught me stuff about myself I didnt know. He loves to Sunbathe outside, go on car rides and hang out in the kitchen when I cook. He loves playing with his puppy brothers. He was in the vet for a month when I had to amputate his tail because his immune system wasn't properly healing how it was suppose to . The process wasn't suppose to take that long. He loves his nub. Just recently he almost lost his foot, he got bit by something and the allergic reaction was causing him to be moody and made him lose his eyebrows and eyelashes and made a hole in between his toys. He loves his furry family member and his humans. We are just hoping when he gets his x-rays they come back normal since he hasn't been feeling well. He also loves listening to his momma and grandma play the piano. His favorite toy is Cupid reindeer and doesn't share that with his puppy brothers he sleeps with it everynight.
Vote