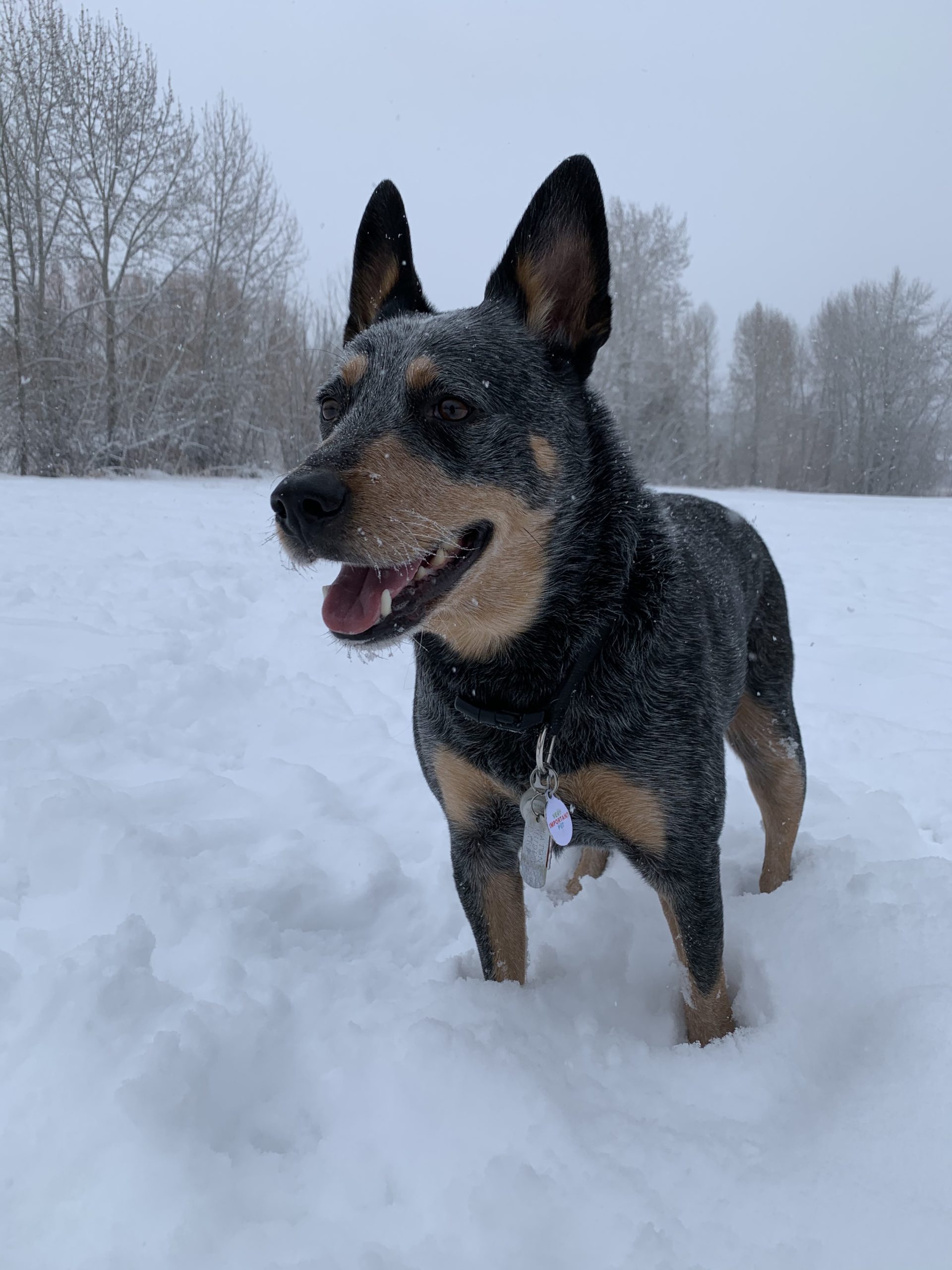 First Snow Hike of the Year

More: Tatonka is the best boy! Sometimes we think he’s too smart for his own good. He LOVES getting his photo taken and we have hundreds of adventure photos of him. He spent the first 2 years of his life living in San Francisco, he was a real city dog! He learned to press elevator buttons with his nose, and took the bus everywhere. We decided to move to Idaho 3 years ago and he immediately became a mountain dog! He spends his days hiking, swimming, camping and chasing us on skis!
Vote