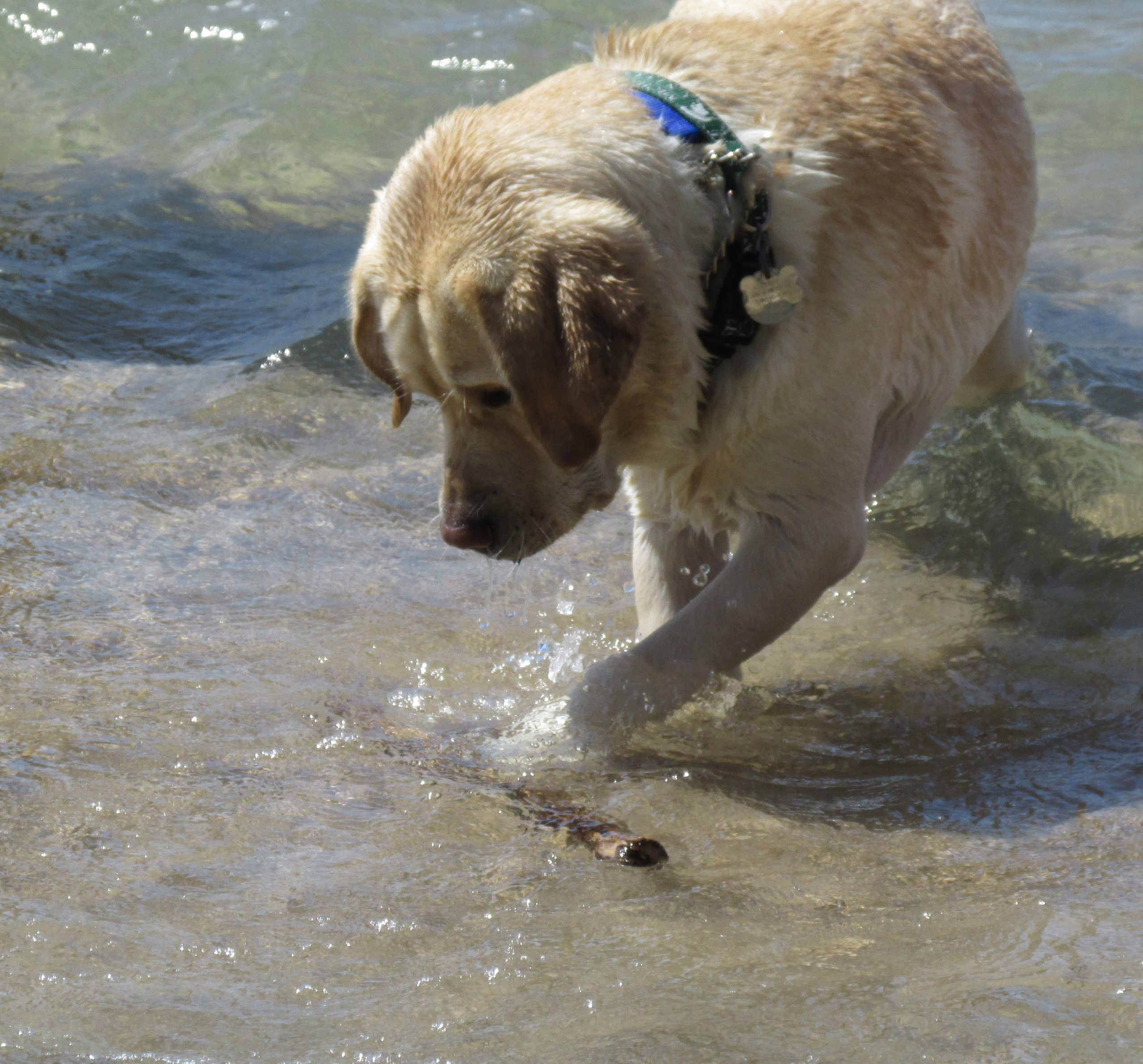 Teddy playing with a stick in Lake Michigan by Pentwater, Michigan, August 2013.

More: He was bred to be a Leader Dog for the Blind. We raised him for a year for the program in Rochester, MI and then brought him back to them for further training. He was there for two months when we received a call saying he would not be able to continue with training due to his lack of focus. We rushed back over to Rochester and brought him back to his forever home. He is just the sweetest and kindest pup who loves every dog and person he meets. And if I sneeze or cough he's up and by my side. The last few months when he was originally with us -- I told him he would always be loved and that we wanted him to be the best leader dog possible but if it wasn't too be that we would come back for him.
Vote