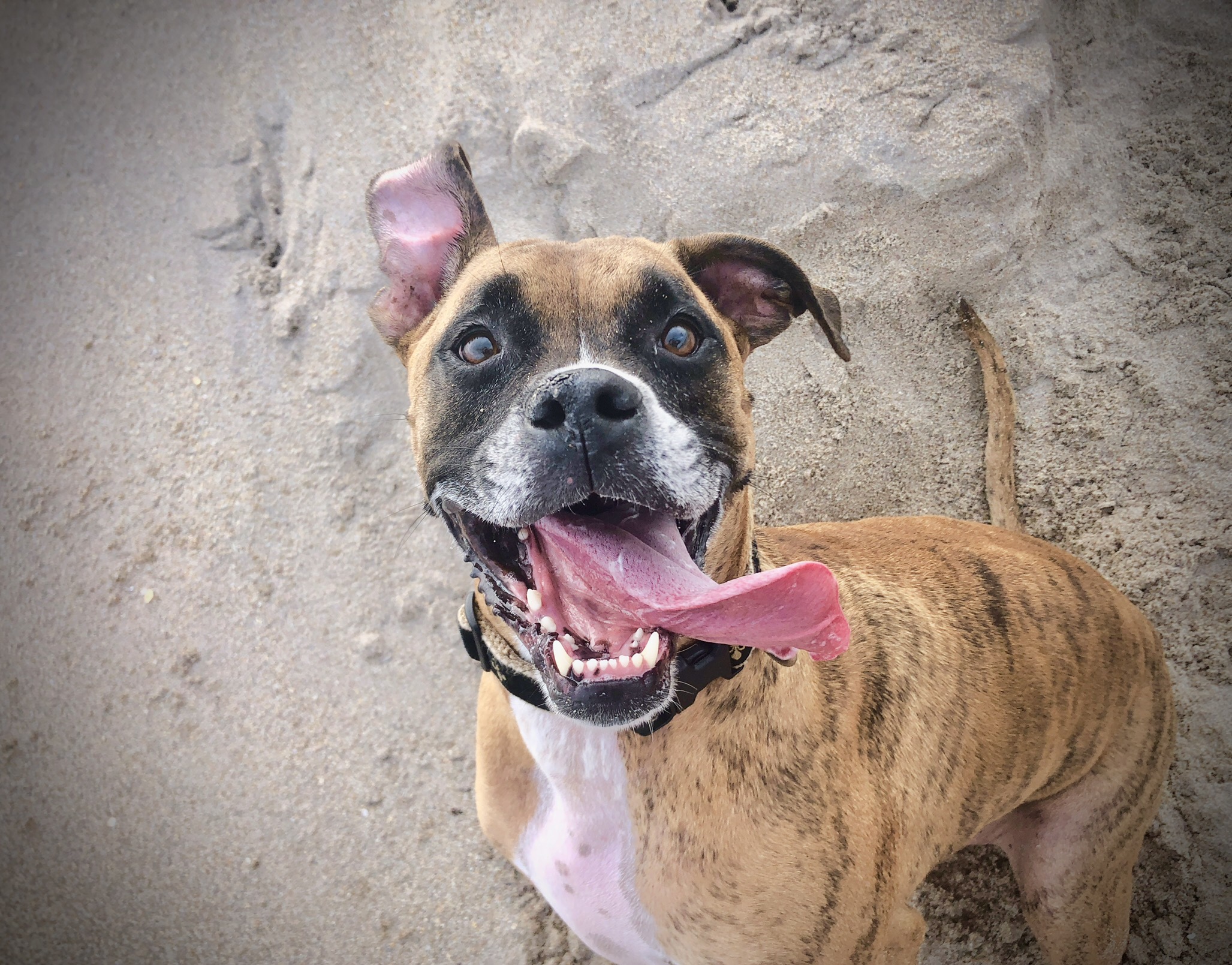 Did you say adventure?

More: Nine years ago, I visited the LSPCA in NoLa to play with the puppies. I had no plans to get a dog. However, during that visit, I saw a guy holding a tiny puppy and saying how he would be a great fighter one day. Without another thought, I told him that I already adopted the dog. Ever since then, Tiger and I have been inseparable. He loves to go to the beach, walk with me in the swamps or hop on a plane and play in the mountains. Check out @tigerboxerdog to see more photographs and videos.
Vote