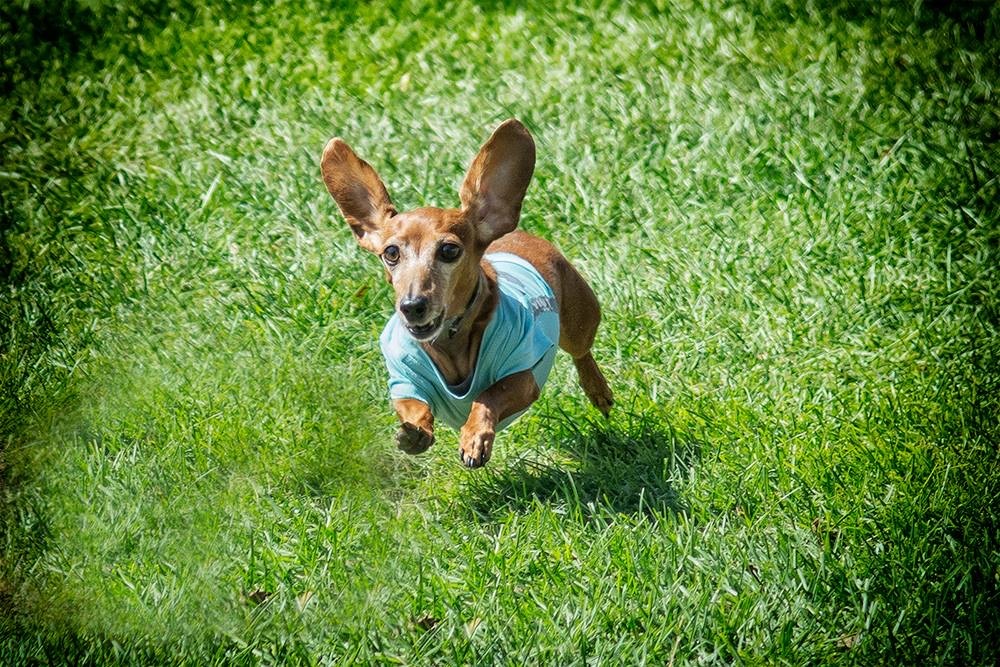 Age: She passed away in September aged 13 😥

More: Tipsy was a 7.3lb bundle of joy! Raised in the south on a puppy mill she had a few litters before being rescued and bought to MN where I adopted her. She was a cowering 5lb bag of bones when I met her, but after a few months of love and care she became the most opinionated and hilarious sausage you’ve ever met! She competed in the Wayzata James J Hill Dacshund races for many years and was a champion in the Belly Scratcher Hurdles, Doxie Dash and Sofa Leap! She loved to start her days walking 3 miles around the lake with me and never knowingly left a squirrel alone! I miss her.
Vote