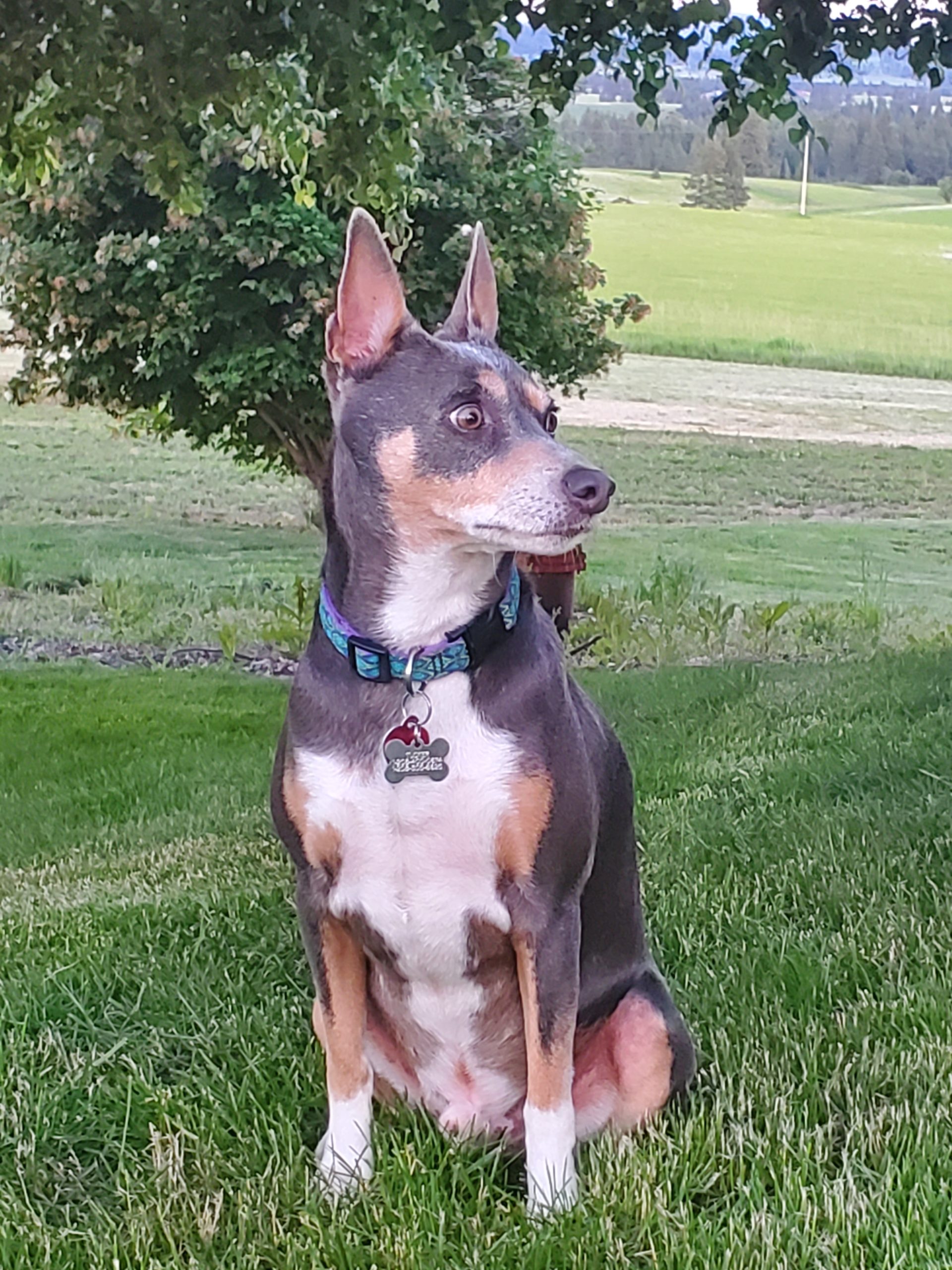 More: I inherited Tucker, ( Tuck) from my father when he passed away in 2016. He had zero manners as my father spoiled him rotten. He is Extremely intelligent and a very smart quick learner ,who has a stubborn streak larger than Texas! He has learned manners as well as many tricks. Sit,stay, turn around,release, kennel , stop,load up, kisses ( he gives great ear kisses) , and how to dance for a treat. He also can shake with one paw and switch to the other on command.He knows some Spanish as well, Uno, dos, when shaking paws. He Loves riding in the truck, or on the 4 wheeler, on the seat in front of me, but when at home he prefers sitting on the back of the sofa, watching out the window. His hobbies include chasing squirrels and rabbits , playing fetch for hours,laying in the sunshine , play boxing with me and running in nature. His favorite things are me, especiallysnuggling in a blanket,his toys and chewing on deer antlers.He moved to Fairbanks, Alaska with me in 2016. He was not a huge fan of the cold weather, especially when it was- 30 to -50 below but he was a trooper and wore his down coat and boots like a stylish champ.He goes everywhere I go and is my best friend and partner in crime. He looks forward to hearing from you and is very excited to be in your magazine.
Vote