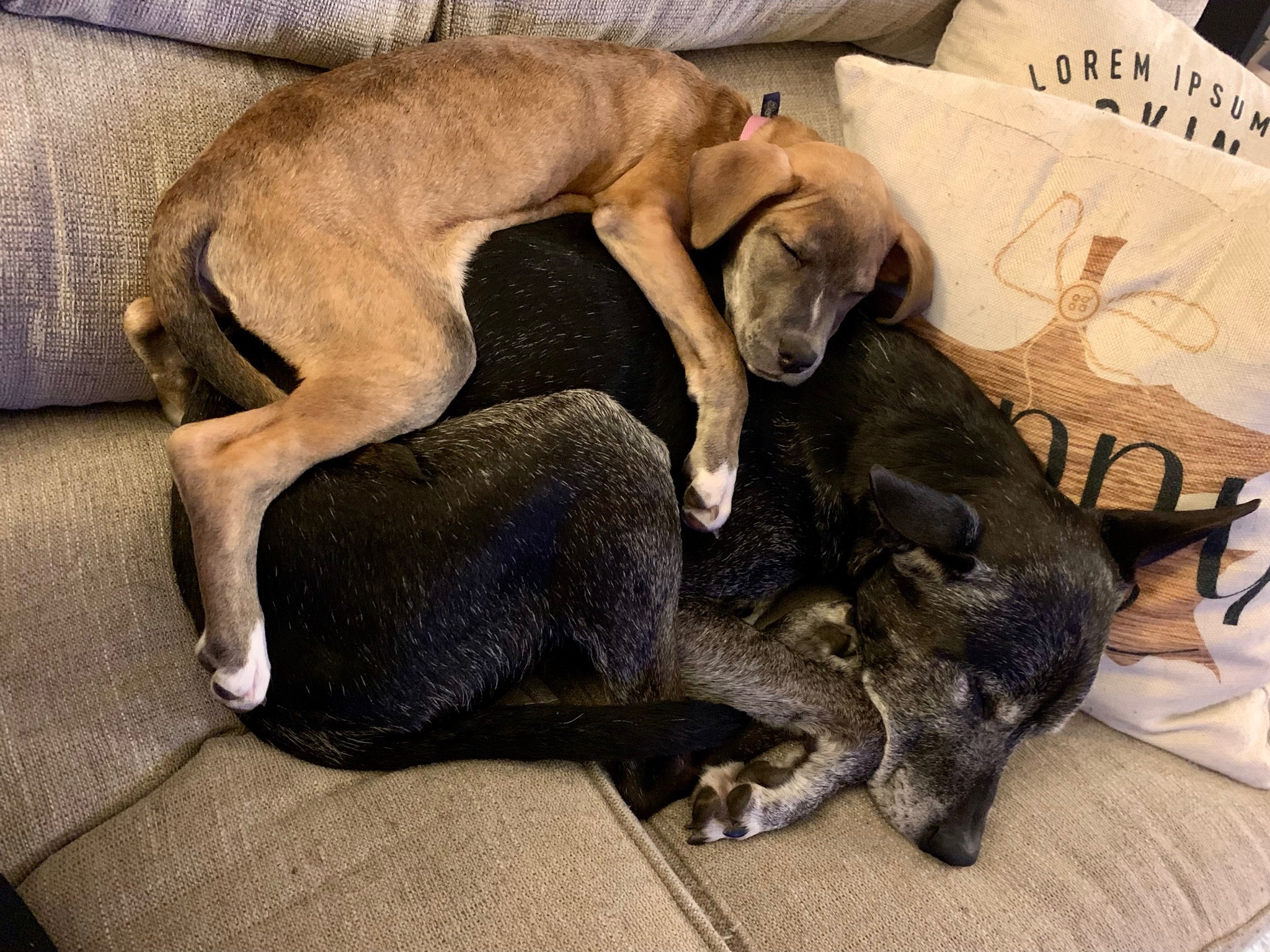 “Where you nap, I nap big brother.”

More: My husband and I recently adopted little Moira Rose (yes we did name her after Moira Rose on Schitt’s Creek) after meeting her at a fundraiser for a local animal shelter. It was love at first snuggle. The next day we brought our dog Tyson to meet her before we made the adoption official and she fell in love with him instantly. Moira follows her big brother everywhere. She loves to play with him, but most of all she loves to snuggle with him. We find these two napping together all of the time and it just melts our hearts. Moira has been the perfect addition to our little family and Tyson has been the best big brother to her!
Vote