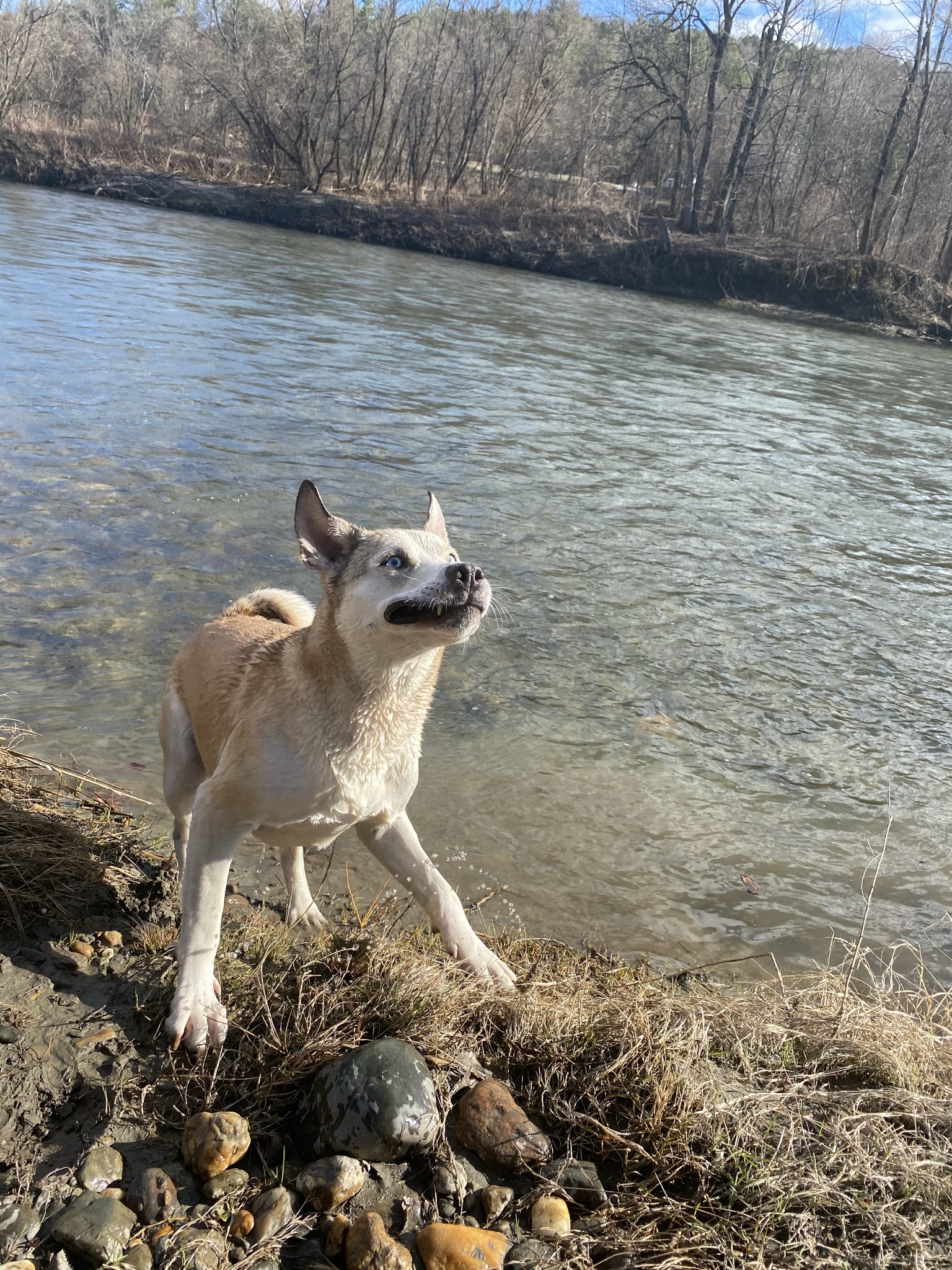 Favorite activity is jumping into rivers after rocks

More: Wallace is a good boy whose had a hard life, I rescued him when he was only 7months old living his life in a crate for 12-15hrs a day, the previous owner had children and a teacup Chihuahua and decided because Wallace had to much energy he’d just keep him locked up. It took a lot of training and love but Wallace turned out to be a great dog!
Vote