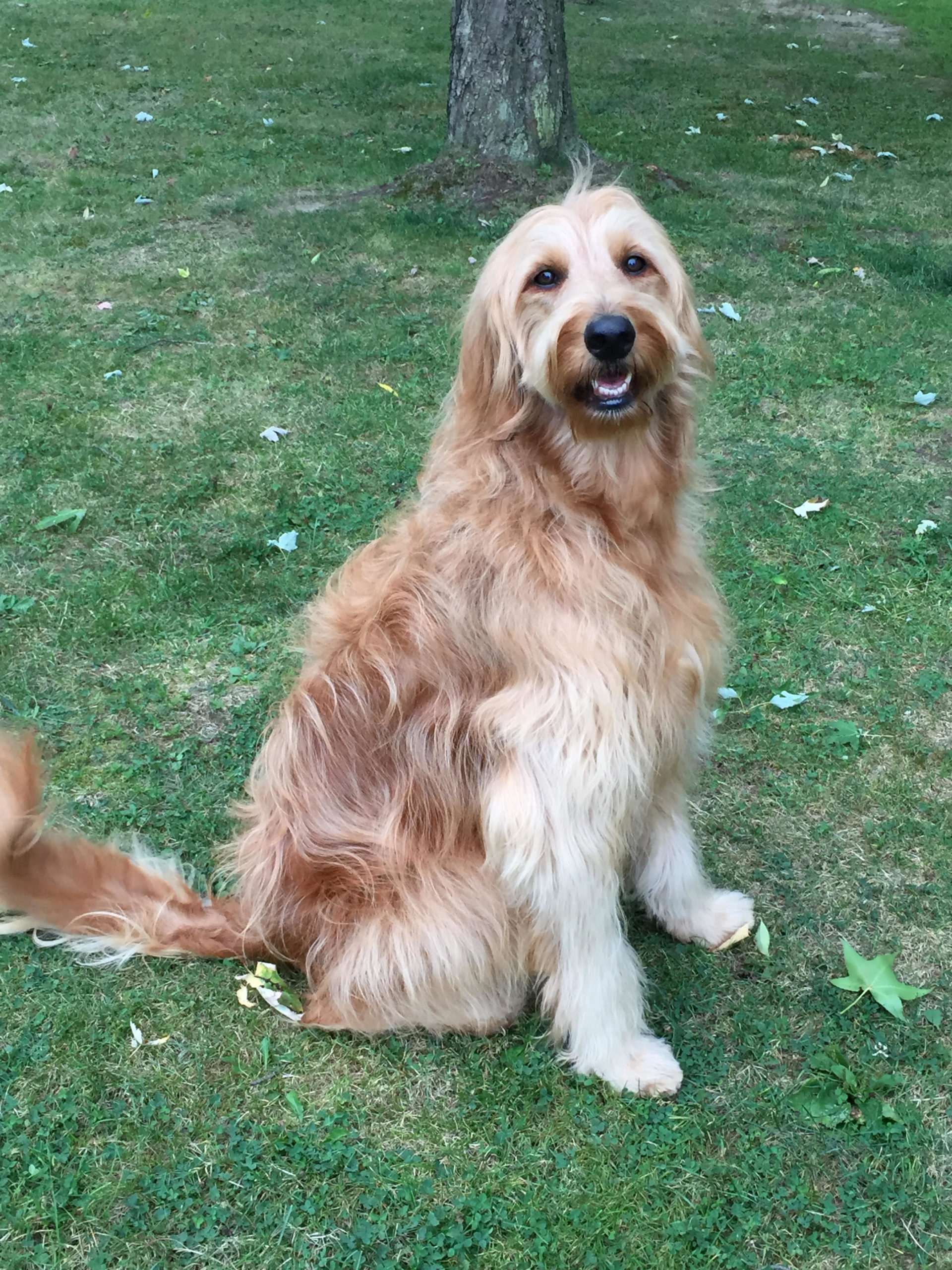 More: Wilma was rescued off a craigslist ad. She was four months old and being contained in a crate in a basement. When I took her along with all of her things and brought her home to her brothers...............I looked though the papers and found out she is actually a biological sibling to my other two goldendoodles. They share the same father. Wilma was meant to come to us, and we could not be happier with our Fred, Barney and Wilma.
Vote