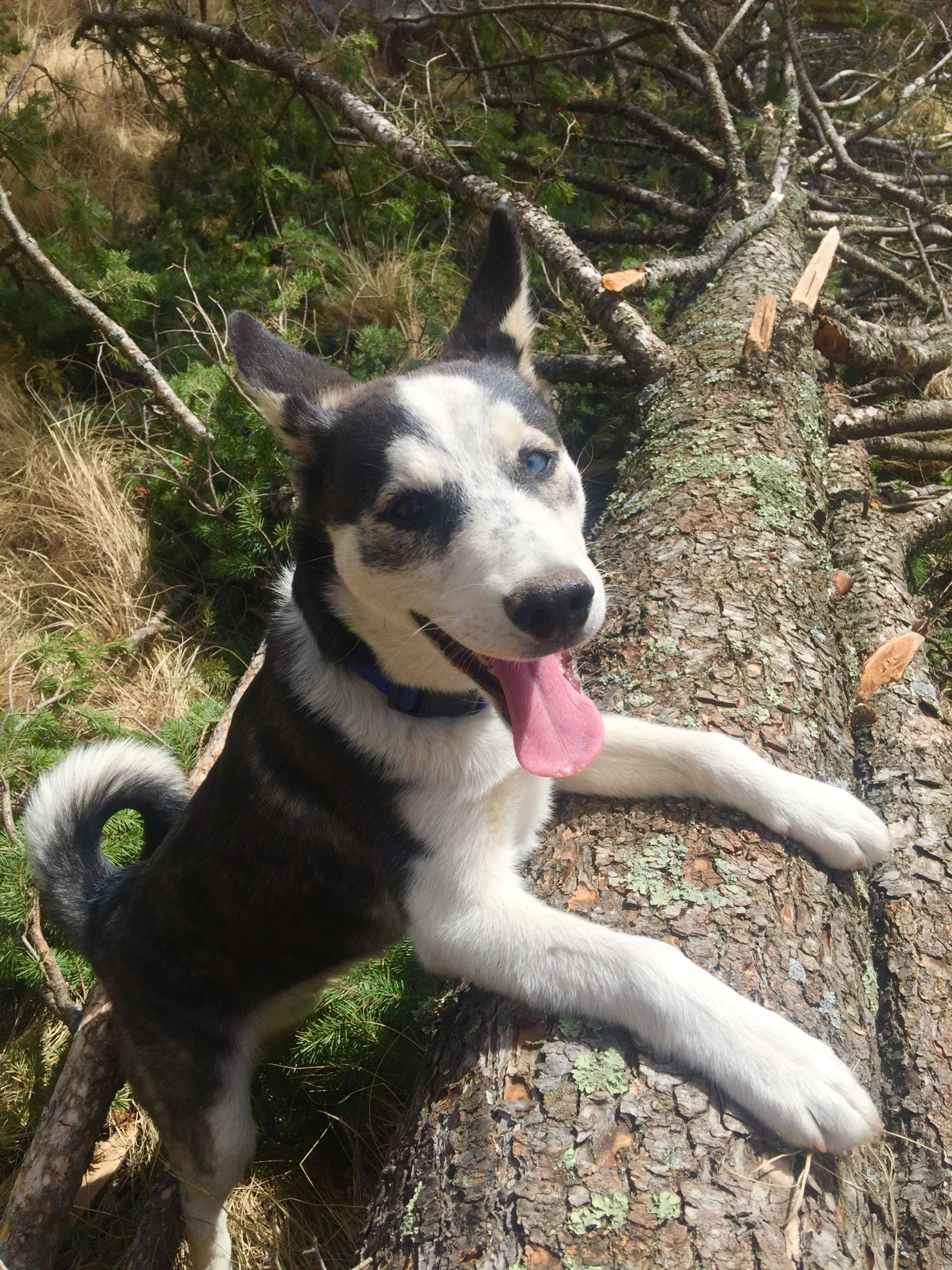 More: Lil Wrangler was dumped on the mesa. A friend of mine who already had several dogs found him and gave him to me. I am a first time owner and was hesitant because I didn't know how I would give Wrangler enough play time. I work all week and did not want to leave him alone indoors because I have a low fence. My neighbor Jim is a disabled older gentleman and he agreed to share ownership with me. Wrangler is a spoiled pup. He spends most week days with Jim and then I spoil him on the weekends with time in the river, long walks in the mountains, and rides on my Jeep Wrangler Rubicon. Wrangler has given Jim a reason to move around more and has taught me a lot about the responsibility of raising a dog. Like most Husky's he can be vocal and howls and 'talks' to me when he feels it's time to go for an excursion. We don't truly know Wrangler's birth date but our vet said he was about 6 months old when he saw him and that puts him born sometime in October. We thought an October 31 birthday sounded like a great time to celebrate his birth. He is a loving dog that just wants to play. He rarely barks or growls and has never won a fight. He simply lets other dogs fight him and then bounces up with a look on his face like, "Ok, you win. Now can we play?" He has so far outplayed any other dog we have had over. It may sound like he is a lot to handle with his love of playing, but he is also such a chill dog who has recently come to like cuddling. With his brown and blue eye he is very popular and everybody wants to pet him. Because he is a mix, he isn't very large. Hope you enjoyed reading about my special little pup.
Vote