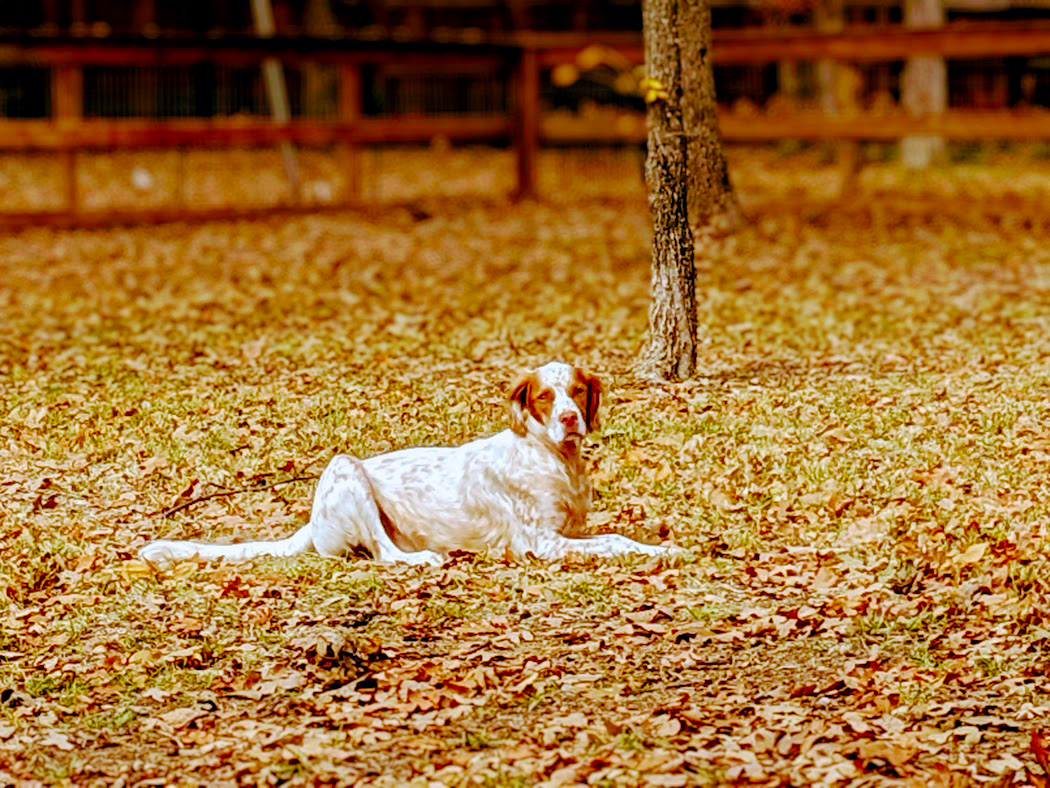 Ben enjoying the backyard between hunts

More: We found Ben at a rescue in 2020, a year old, recovering from being hit by a car. We never thought he’d hunt; he has a permanent limp in his front leg from his accident. Then we got him home. We’ve never seen a dog who wants to hunt more. Any critter encountered was stalked and pointed. He also seems to have a supernose. We think he can smell ants. Obviously, we began gundog training. We still didn’t really think he’d hunt, but he loved finding pigeons, and it was great exercise. Then came planted quail. During one training he caught wind of a Bobwhite on an island, swam the pond, pointed, and waited for me to get there to flush. He now hunts every weekend in season. He can go for about two hours at a time due to his bad leg, but we love those two hours!
Vote