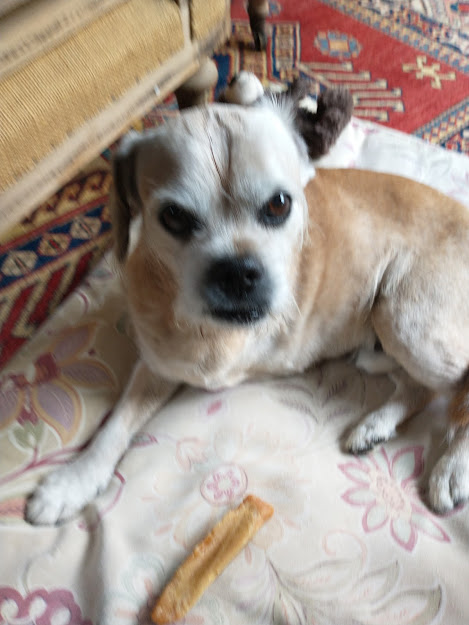 Age: 12-13 years of age per his Veterinarian

More: Billy Bob is an amazing rescue dog and a cancer survivor. He was rescued on July 5, 2011, and I feel he also rescued me on that date. It was estimated that he was 2-3 years of age at the time of his adoption. His celebrated birthday is January 5, 2009. In January 2020, he was diagnosed with two Mast cells tumors at the end of his left front leg. Cancers cells were also found in two lymph nodes. His leg was amputated, and he underwent chemotherapy and treatment with an oral cancer drug. At the time, his Oncologist predicted that with good care she was cautiously optimistic that he would live for possibly twelve good months. That was over two and a half years ago. Since then, Billy Bob has adjusted to his new physique and thankfully he has overcome the cancer prognosis with courage and resilience. Remarkably he now moves and plays with very few accommodations. He loves the outdoors and his daily walks. He rarely meets is a stranger and he loves greeting his friends and admirers. He presumes everyone is eager to love him. He remembers the location of every crumb of food he found on the ground but was prevented from eating. He loves puppies. He also seems to be able to interpret all my facial expressions even when I am unaware, that I am making them. He has yet to learn that joggers don't necessarily want to stop to pet him. Once back at home, if he is not sleeping with me on my bed, he usually relaxes on one of his four (Orvis) beds, often with a favorite toy.
Vote