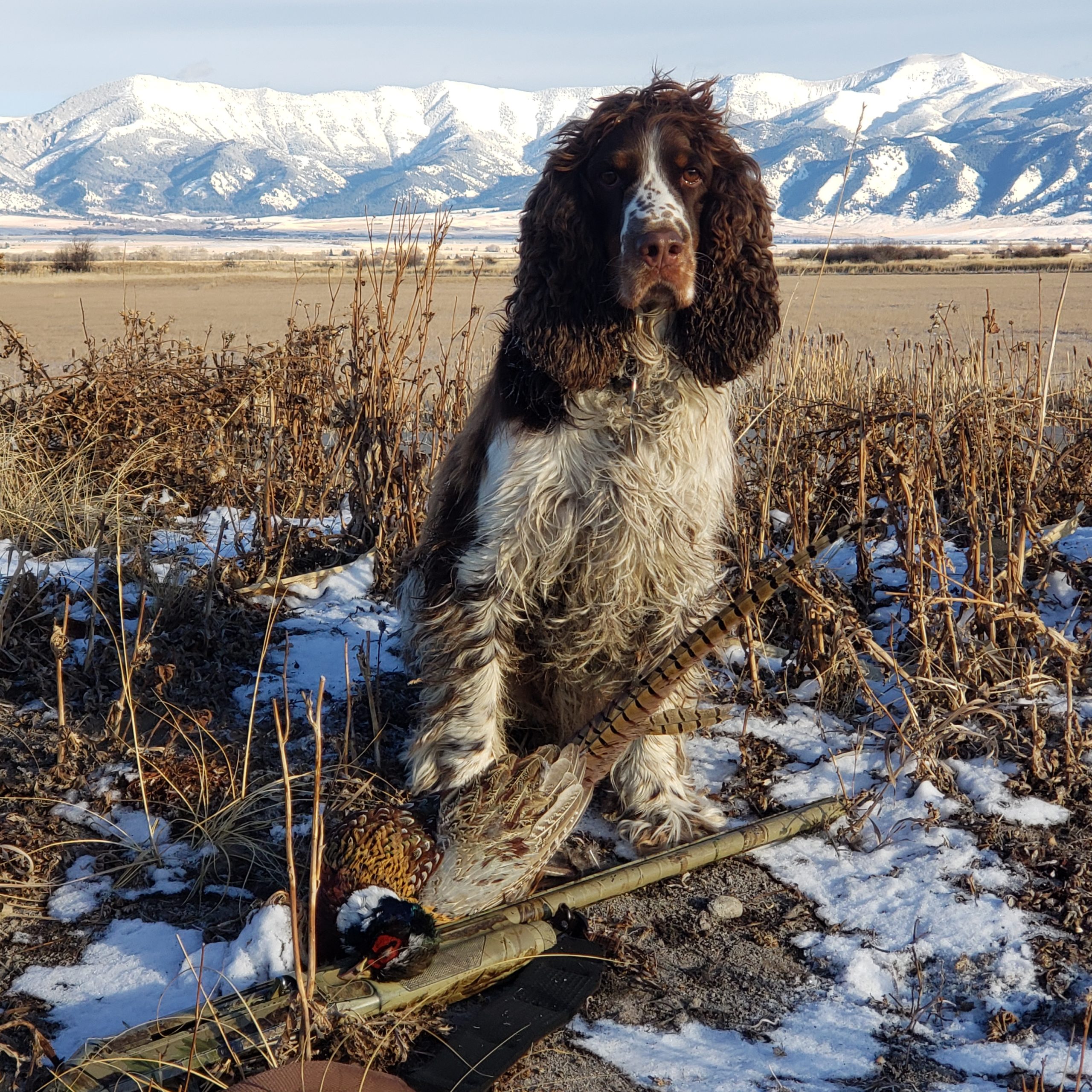 Living the dream in the BIG Sky country

More: We had gotten fresh snow & being retired, Blu & I decided to do our favorite thing, & chase late season roosters! Blu worked up a beautiful late season rooster in some thick cattails, I rewarded him with a good shot & after making a great retreive we were enjoying our walk back to the truck! As the sun was setting on the Bridger mountains, I became overwhelmed with gratitude! After getting all set up for a photo, I asked Blu if he was ready for a picture, he put his paw on "his" rooster & pulled his chest out! Makin memories in the Big Sky country! Life is good
Vote