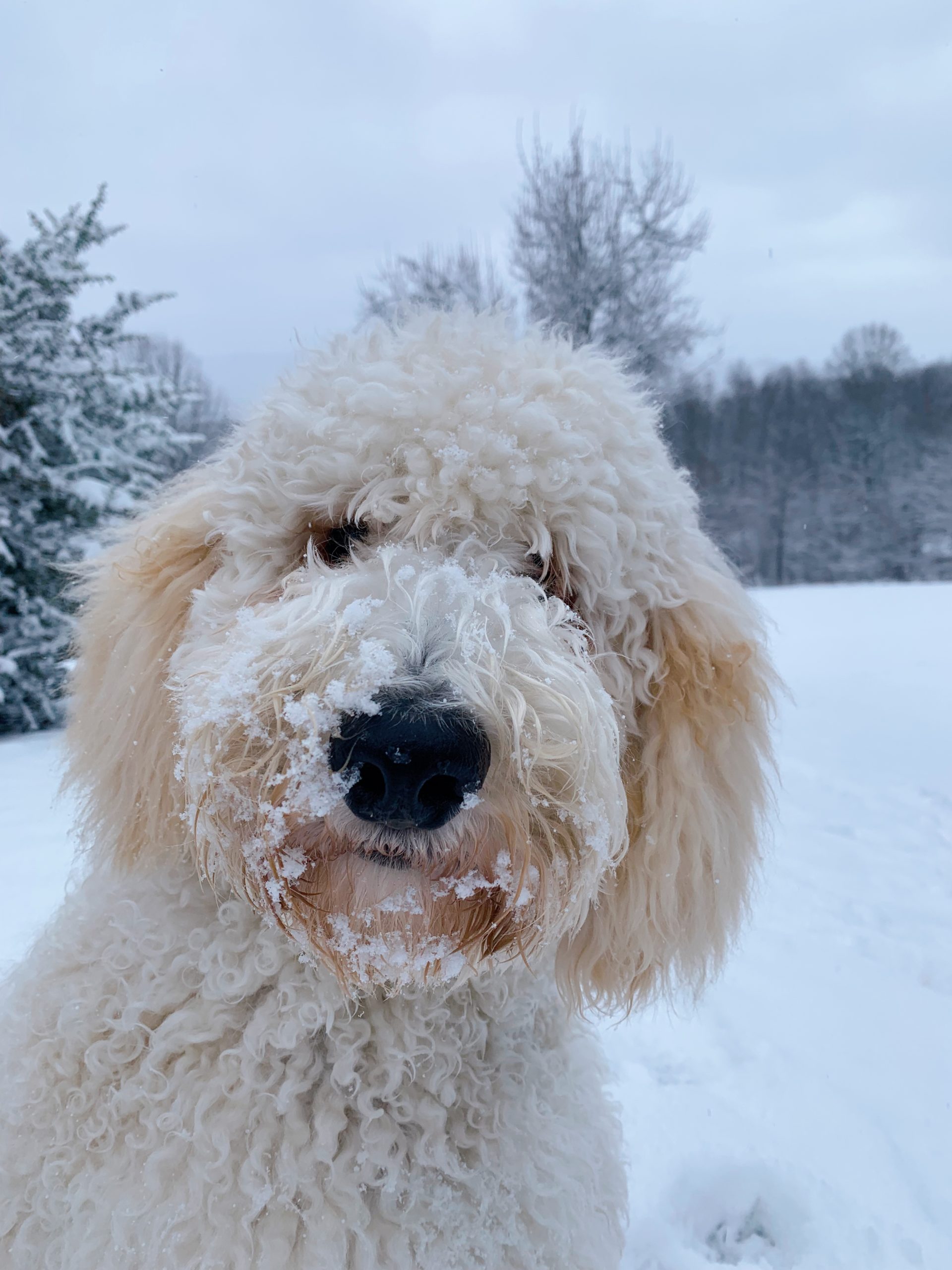 "What is all this white stuff?"

More: Cashew is the best! He was given to us when his breeder's granddaughter was killed in an accident and she had two puppies desperate for a good home. Although I knew that Cashew was going to be my first big responsibility at 23 while working on my Masters Degree and working, I knew that I could not let him go to anyone else. Cashew has become my best friend and a therapy dog that I never knew I needed! He is smart, so goofy, loveable, and fun. RIght now we are living with my mom and her two little dogs and he absolutely loves them and thinks he is a small dog just like them despite being about 70 pounds at less than a year old. He has made my life better in so many ways and I wouldn't trade him for anything!
Vote