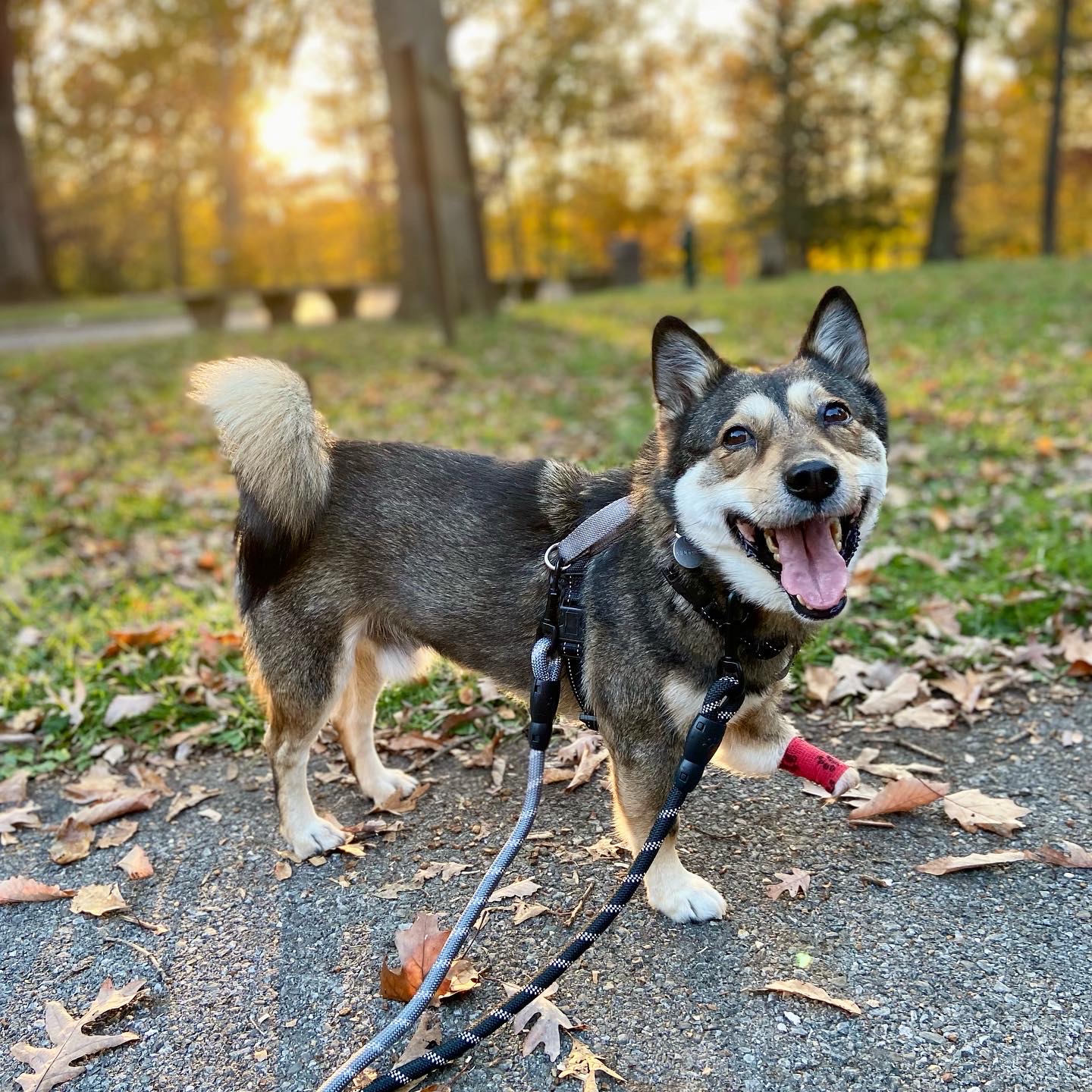 More: Chuddie is a tripawd. He is a jindo mix, which is a Korean breed. When he was about 1-1.5years old, he was found on the streets of Korea with a broken leg. It took the rescue organization three months to catch him since he always outsmarted them! We don’t know what happened to his leg, but the doctors had to amputate it because it was broken for too long. Afterward, he was in a training school to overcome his fear of humans. While he was not available for adoption, my husband and I saw a blurry picture of him in the background and was immediately drawn to him. We were able to empathize with him. We decided to adopt him within 24hours of seeing his picture. After two months of relentless search, we miraculously found a flight volunteer traveling from Korea to Washington DC. He is such a unique dog. He is ever so careful to literally test the water before he drinks, even after a year of drinking water from the same bowl. He was an outdoor boy when he first came to us, but now, he’s a homebody-dog. We think this is a good sign that he's getting comfortable in his home! He is extremely smart and loves to communicate with us. He is still slowly opening up to us, and it’s a blessing to be part of this progress. His Instagram ID is Irondogchuddie because he’s so strong and resilient. He’s gone through so much, yet he is continually working to overcome his fears and improve. He’s an inspiration not only to our family but to everyone who sees him around our neighborhood. He’s the best dog that we could’ve ever asked for and more than what we deserve.
Vote