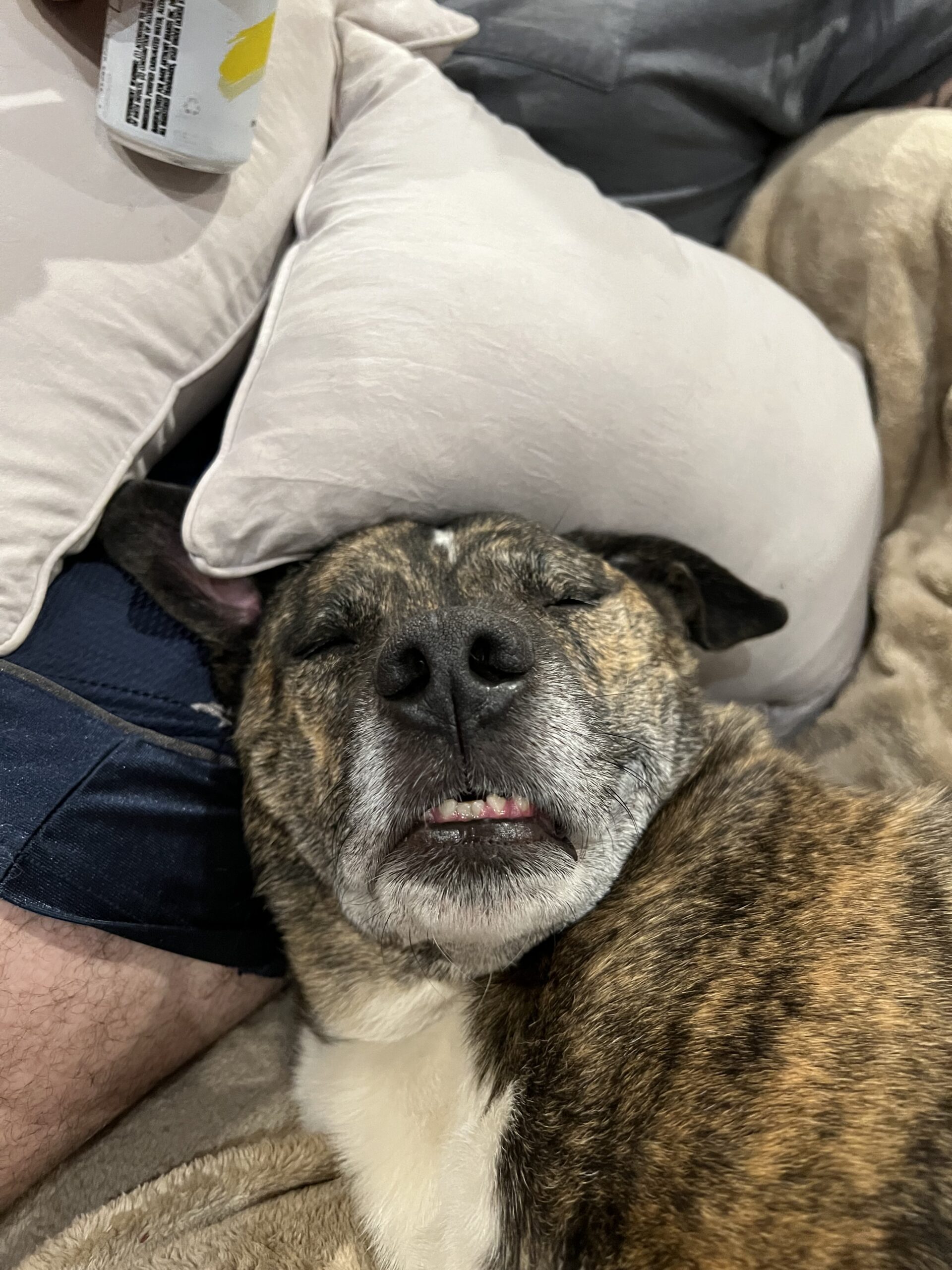 Having the best nap

More: Duke, also known as Wookie because he sounds like Chewbacca if you leave him outside for too long, loves to nap. Don't get him wrong, he will go anywhere his favorite humans go, but he'd much rather bathe in the sun and dream a little dream. He is on "Duke time" and the only way to convince him to pick up the pace is if you have some yummy snacks because he'll eat anything once. He is a snuggle bug like his brother rodeo and isn't ashamed to climb right up into your lap like a chihuahua. You can find him anywhere he can coax a pet from a stranger because he loves people more than his own kind.
Vote