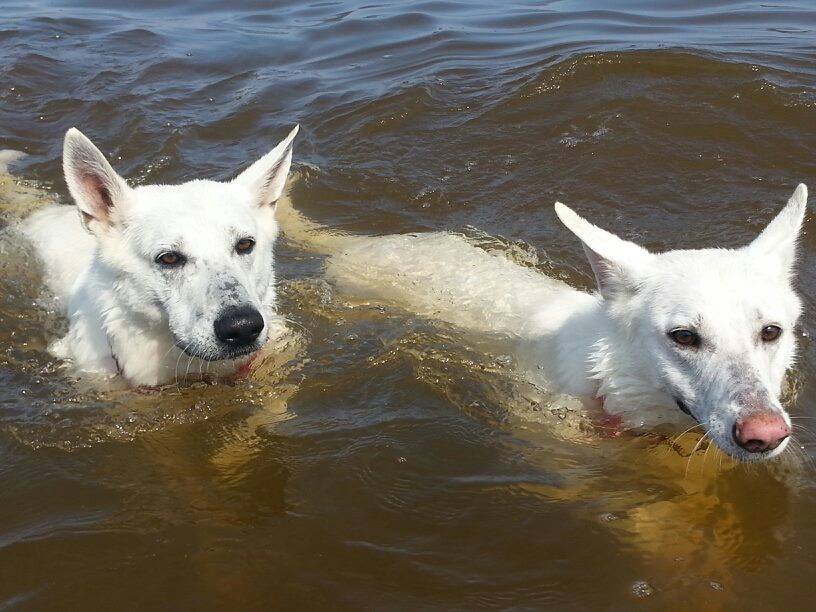 Swimming side by side in crystal clear Lake Superior

More: These two adventurous spirits were always side by side! Farrah died a couple years ago, but when she was rescued, she showed Kennedy a whole new side of life! They had so many adventures together in the north woods of Wisconsin, and here, in Lake Superior. Farrah did not know how to swim when she first came to us, but Kennedy taught her to swim, and Farrah took Kennedy on many adventures with her daring and outgoing personality.
Vote