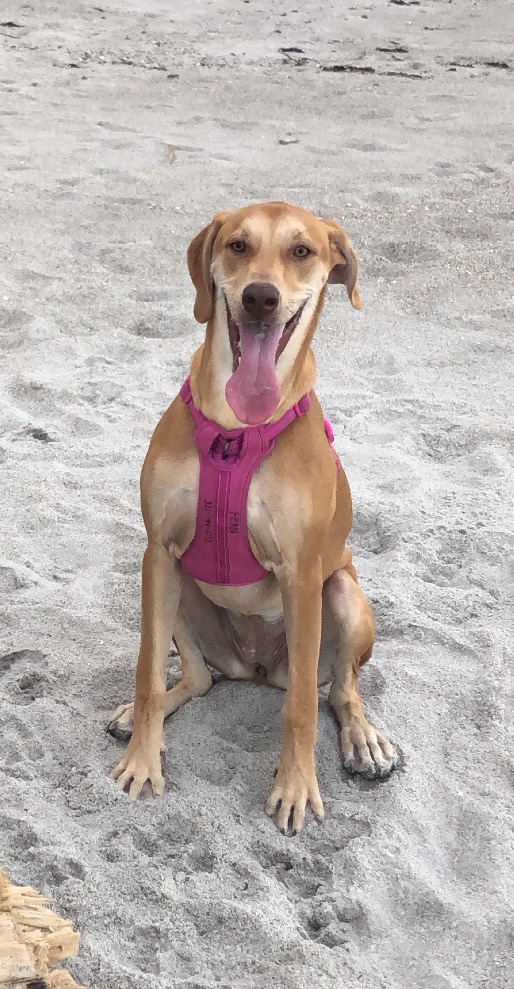 Beach sprints are my favorite, second only to my Purina food.

More: Fern’s mom was rescued off of the street and was in bad shape. Fern was the runt of her litter and we were worried that she wouldn’t make it. Now she is a 75 pound, spit fire. She loves going on runs with her dad and playing with other dogs at the dog park. She also prefers to be outside in the sunshine over anything else. Most of my camera roll are photos of her outside, sleeping. She’s been eating Purina Pro Plan (large breed, for puppies) since she’s was off of her mommas milk, and now we are transitioning to the Purina Pro Plan large breed, adult food. She loves it! We even had to get her a slow feeder bowl because of how fast she would scarf the food down.
Vote