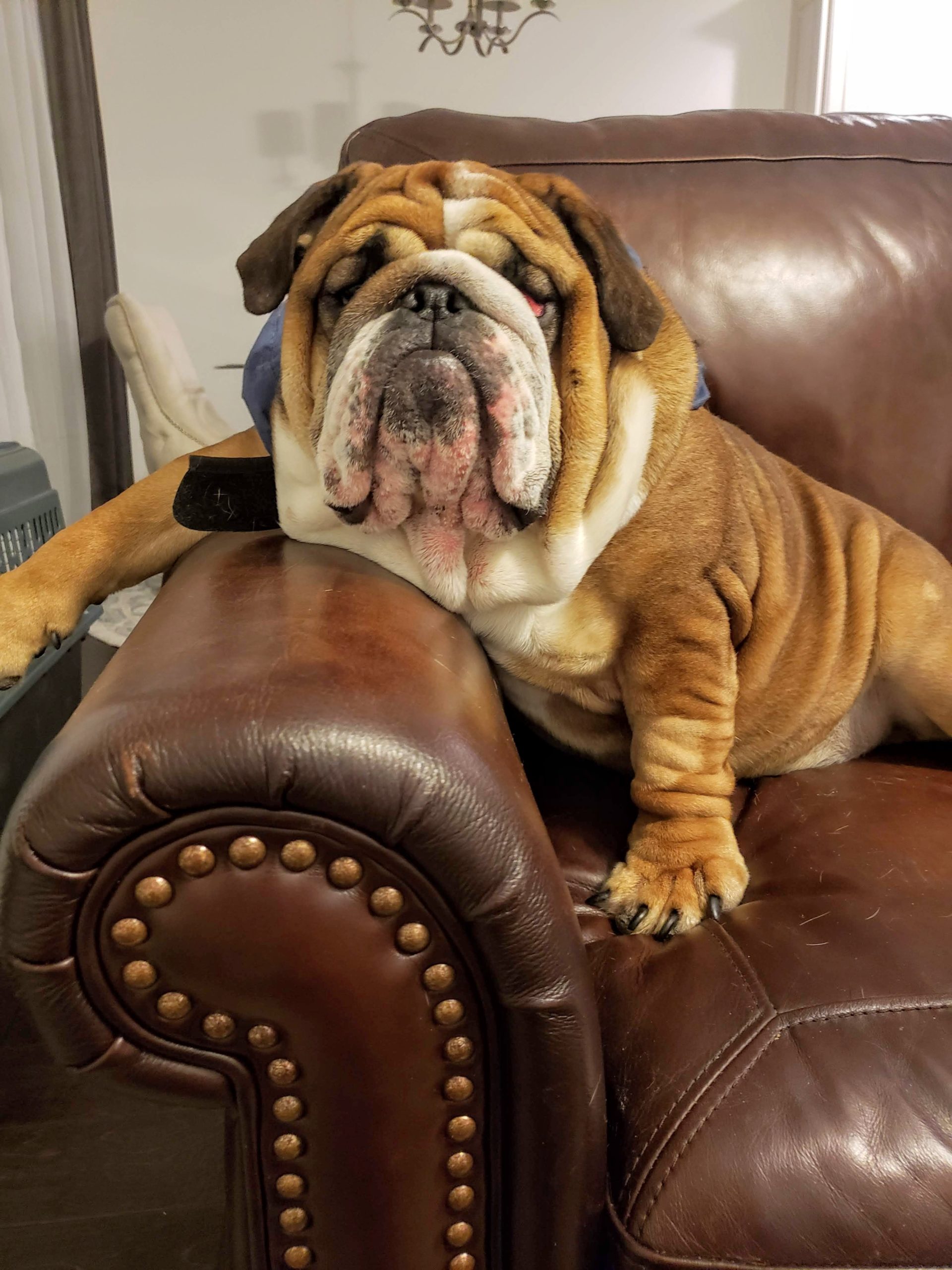 More: Frank has all the traits of an English Bulldog. Food is the motivator for exercise when he runs to the bowl. Sleeping is the second form of exercise as he moves and kicks during his sleep to adjust to the middle of the bed. He is attracted to all humans for attention. His favorite is to sit on the couch and watch baseball along the game is a little long for him and he often falls asleep by the second inning, but can rally to see the later innings if the game is exciting.
Vote