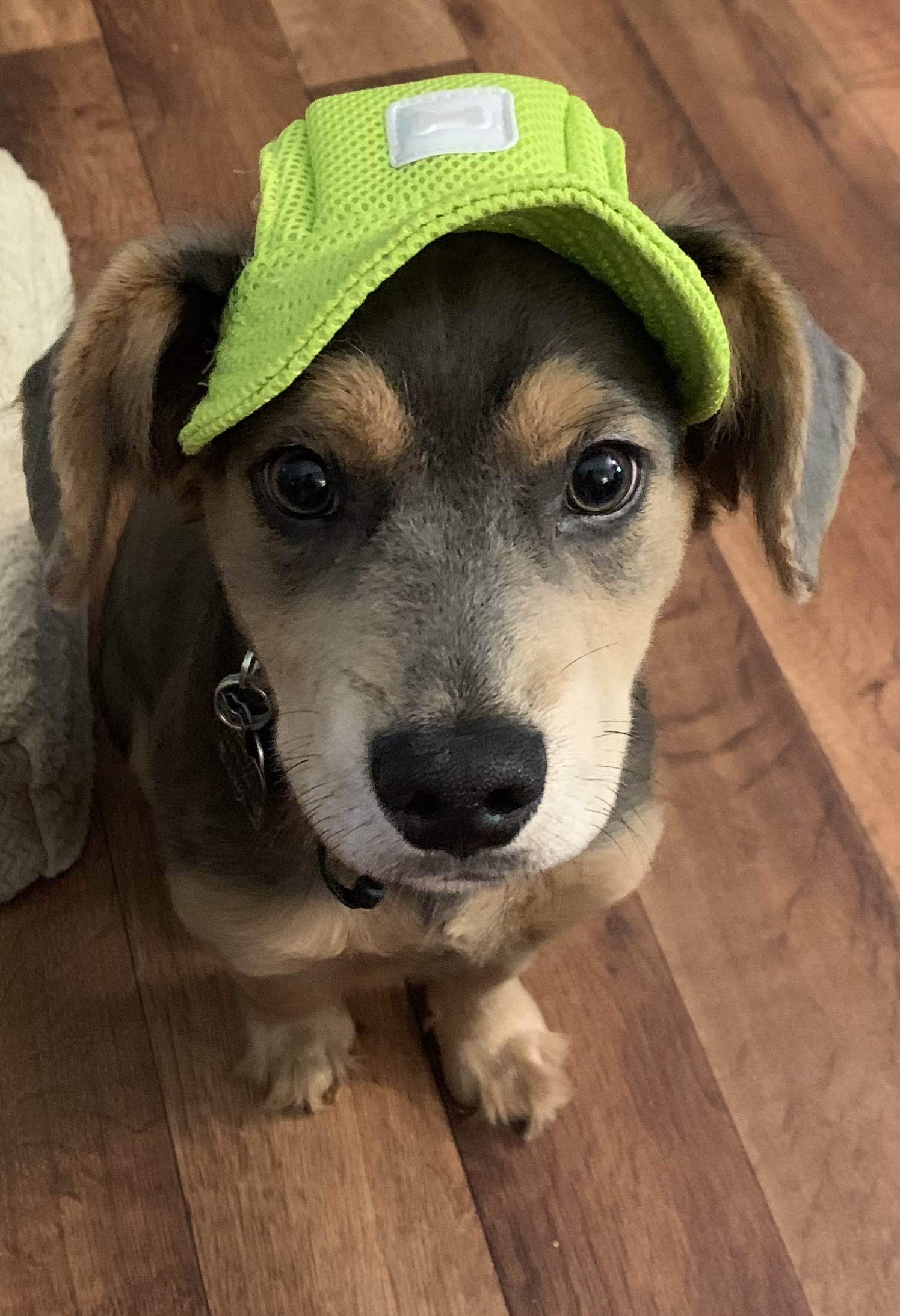 More: He was rescued from underneath a trailer in Alabama with his sister. I was supposed to foster him for three days. He was a foster failure. When I fist got him he and his sister were in death’s door. They were too young to be away from there mother. I knew as soon as I saw them they were very very sick. I rushed them to the vet. He was dehydrated, malnourished, and full of every kind of worm imaginable. After fluids and meds, I took them home and didn’t expect them to make it through the night. I got up every time hours to give them Gatorade and Pedialyte. A few days later they were much better. My fiancé, an Afghanistan and Iraqi war veteran fell in love with him. I had no intention of keeping him because I had two rescues already, but I came home one afternoon and my fiancé said “I made him an appointment”! I asked an appointment for what? He said he just couldn’t let him go, that he wanted to make sure he had a good life. So here we are! Greatest decision ever! I can’t imagine our lives without him!!! He has the sweetest nature of any dog I have ever had. He loves to stand on his hind legs and for you to hug him! He sleeps in his back with all four feet in the air. He is a complete snuggle bug!!! He was supposed to be small but he weighs 33 pounds already! We don’t care, he gets in our laps just like he was the 5 pound runt we fell in love with.
Vote