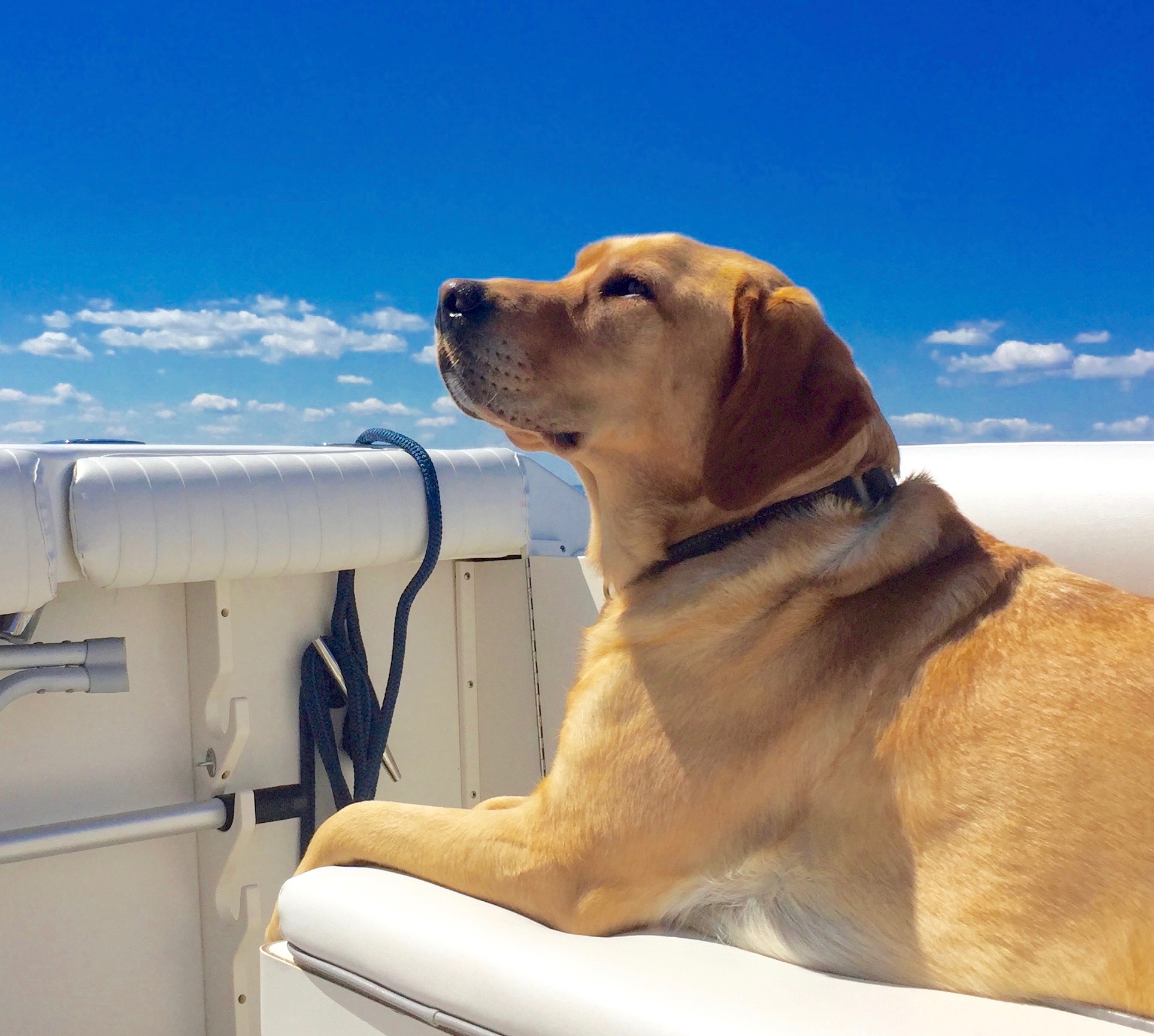 smelling the sea air while going for an adventure

More: Henry, where do I begin. Henry is our 5th Lab. He was so loved by all. He was a true gentle giant who had more friends than I can count. Henry loved the boat, the sea and lakes and the back of our car where he always laid on his dog bed with the hatch open so he could see everyone in the neighborhood. He was so loving with kisses to give at any request. He survived surgery on his head to remove an Infiltrative Lipoma.He lived for a year and a half until we put him down 4 days ago due to an aggressive hemangiosarcoma. Not once in his 10 years did he wiper, or cry. Henry was also endorsed by Orvis. We raised him as a campaign dog.
Vote