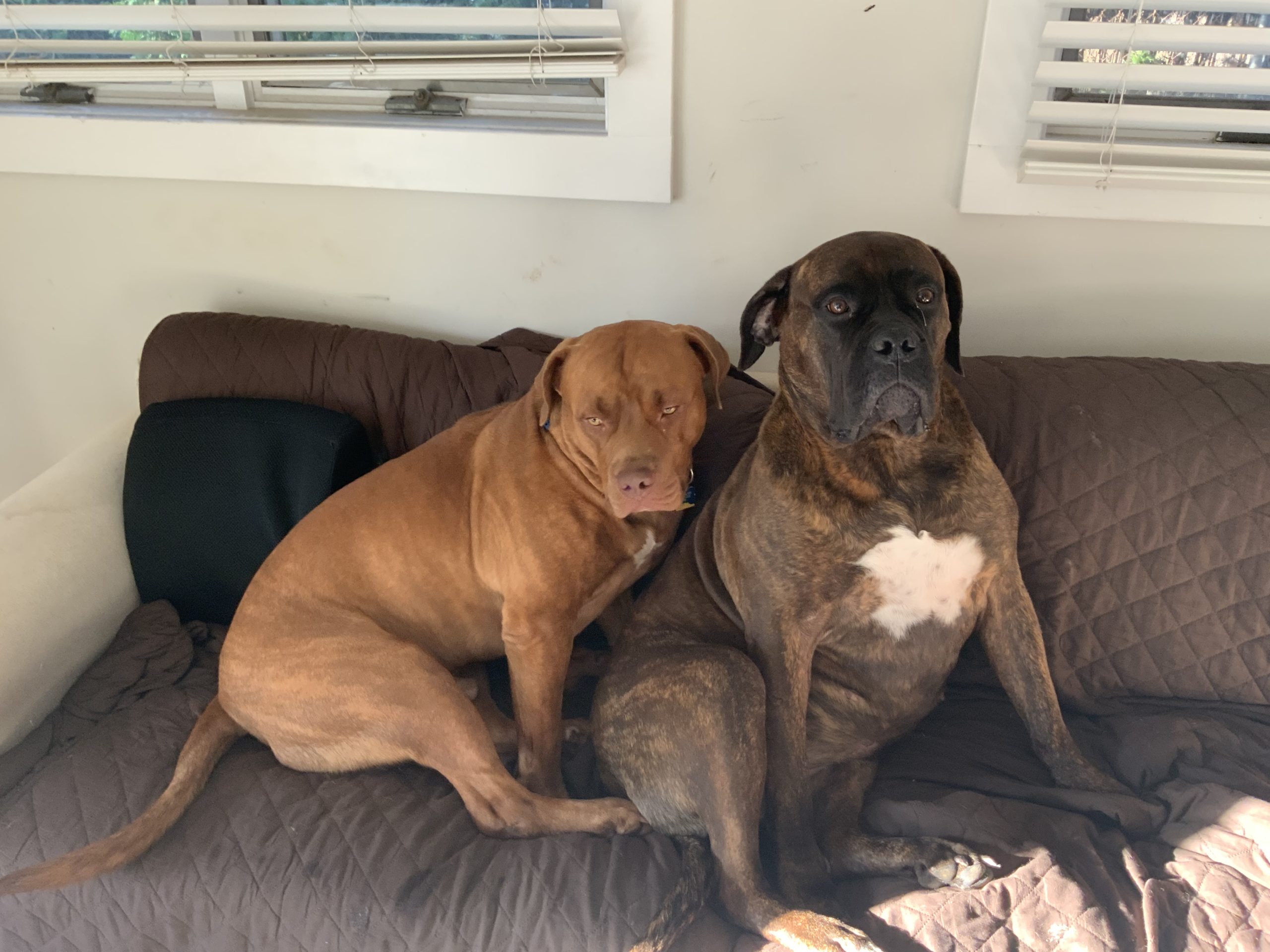 Let’s go to the park

More: Stella was an Amish puppy mill mother that I rescued when they were going to put her down since she couldn’t have pups any more. Hooch was a stray roaming the streets of Little Rock. Hooch brought Stella out of her shell and fear of every thing. They are best buds and hilarious.
Vote