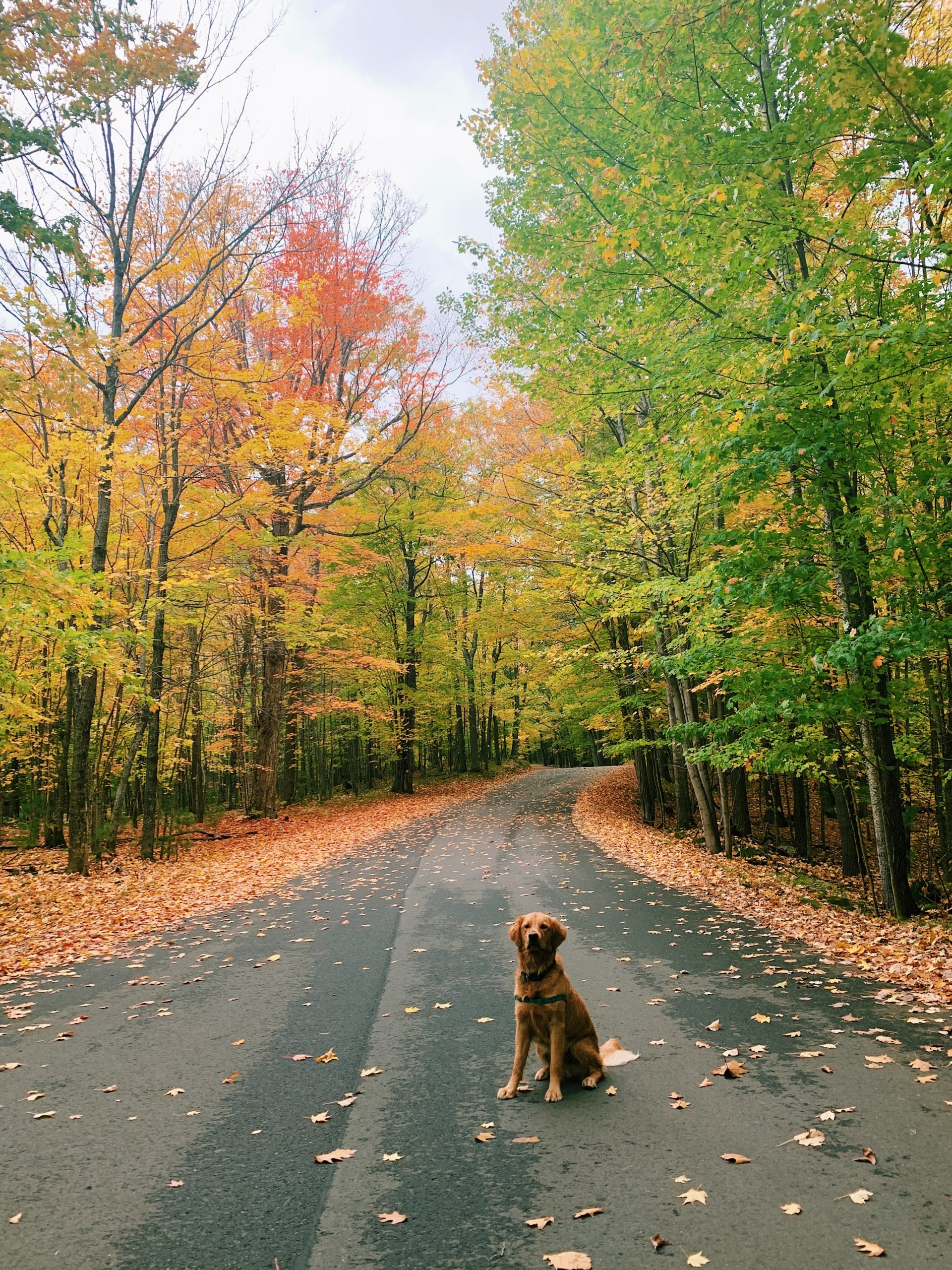 He survived the fall

More: I almost lost Hops. October 2019. He was 3 months old and I had just gotten attached to the boy. He spent a week in the ICU at the University of Wisconsin Madison vet clinic. It was Leptospirosis. He got septic. First his liver and then his kidneys. He was dying. I signed a DNR because they told me he might not make it through the night. I visited him everyday for my allowed 30 minutes until the resident would come tell me he needed to be put back on his fluids and for me to leave. I understood. I wanted him better so I complied. I’ve never seen a dog so sad. So malnourished. So scared and confused. But he’d put on a brave face for me and his three aunts. I’d bring him his toys just to make him feel at home but he wouldn’t play. Just cuddle. He just wanted held. So that’s what we did. I would cry into his shaved fur and my friends would just look at me and shake their head with heaviness. What could be said? He had become my child. They mentioned dialysis and my heart sunk. I told them continue with the course of action. If things got worse and dialysis was the only thing that would save him I would stop everything and hold him until he passed peacefully. But dialysis was never mentioned again. His labs got better. They took off his cardiac monitor and treated him for the finally diagnosed lepto. They would call me every morning with an update after I got home from my night shift. And then one day.. they told me he would be ok to come home the following day. It was a miracle. He’s my miracle child and his healthcare team are my heroes. They saved my beautiful boy and I’m so grateful. No matter the cost. It was the best 7 grand I’ve ever spent. He is my golden child. Forever.
Vote