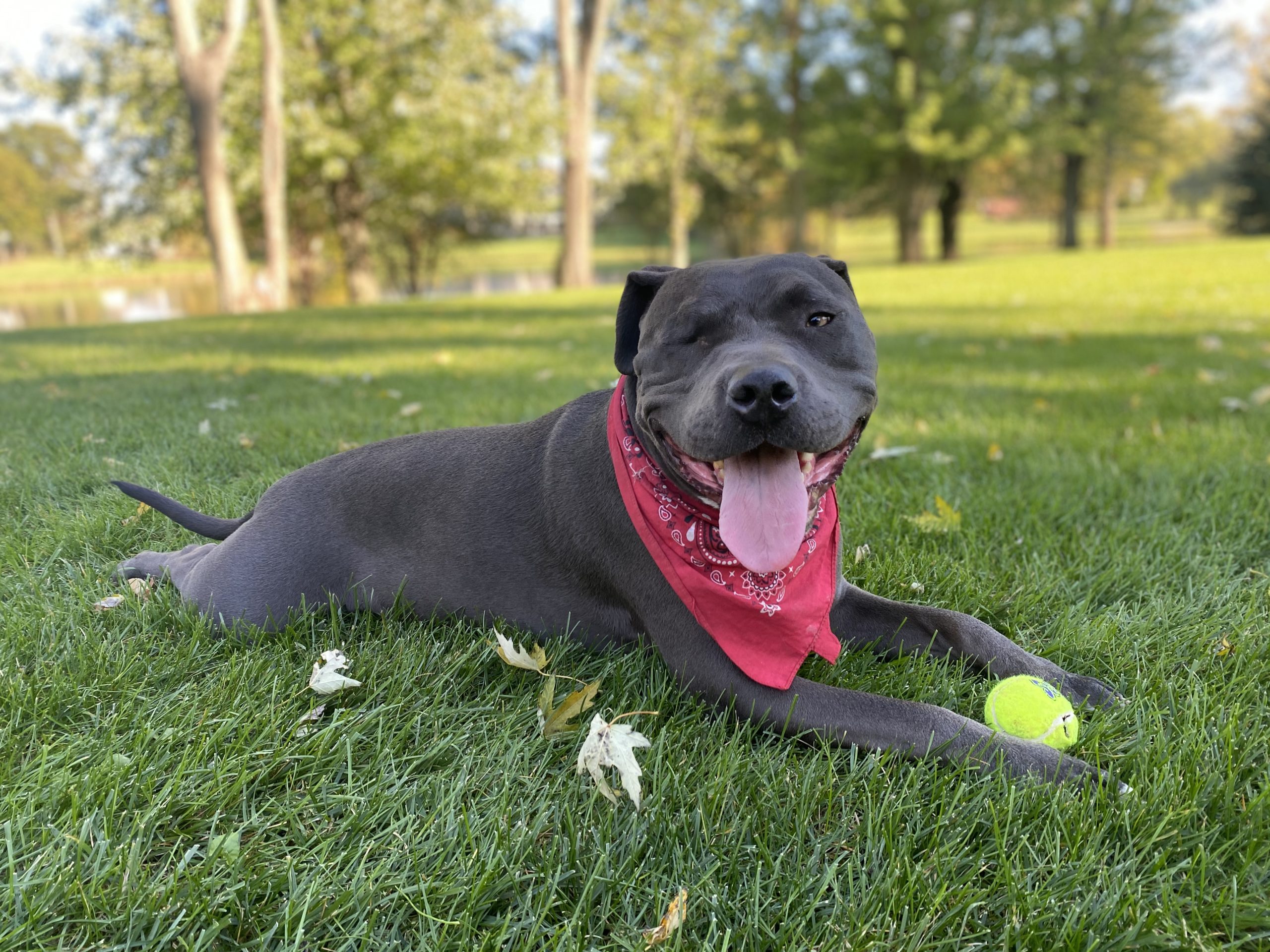 Breed: He’s a rescue- he’s a mutt with blue nose Pitbull in him

More: Johnny was around 3 months old when we found him on the side of the road with his face smashed in. We could not tell if he had an eye under the severe infection. He was hit so hard the eye was lost and several teeth on that side as well. He had a belly full of worms and was a broken little puppy. Someone had taken a baseball bat or boot to the side of this little puppies head. :( Fast forward to 3 years later and he’s a happy, loving, loyal dog with the most sensitive catering heart for his family and pack mates.
Vote