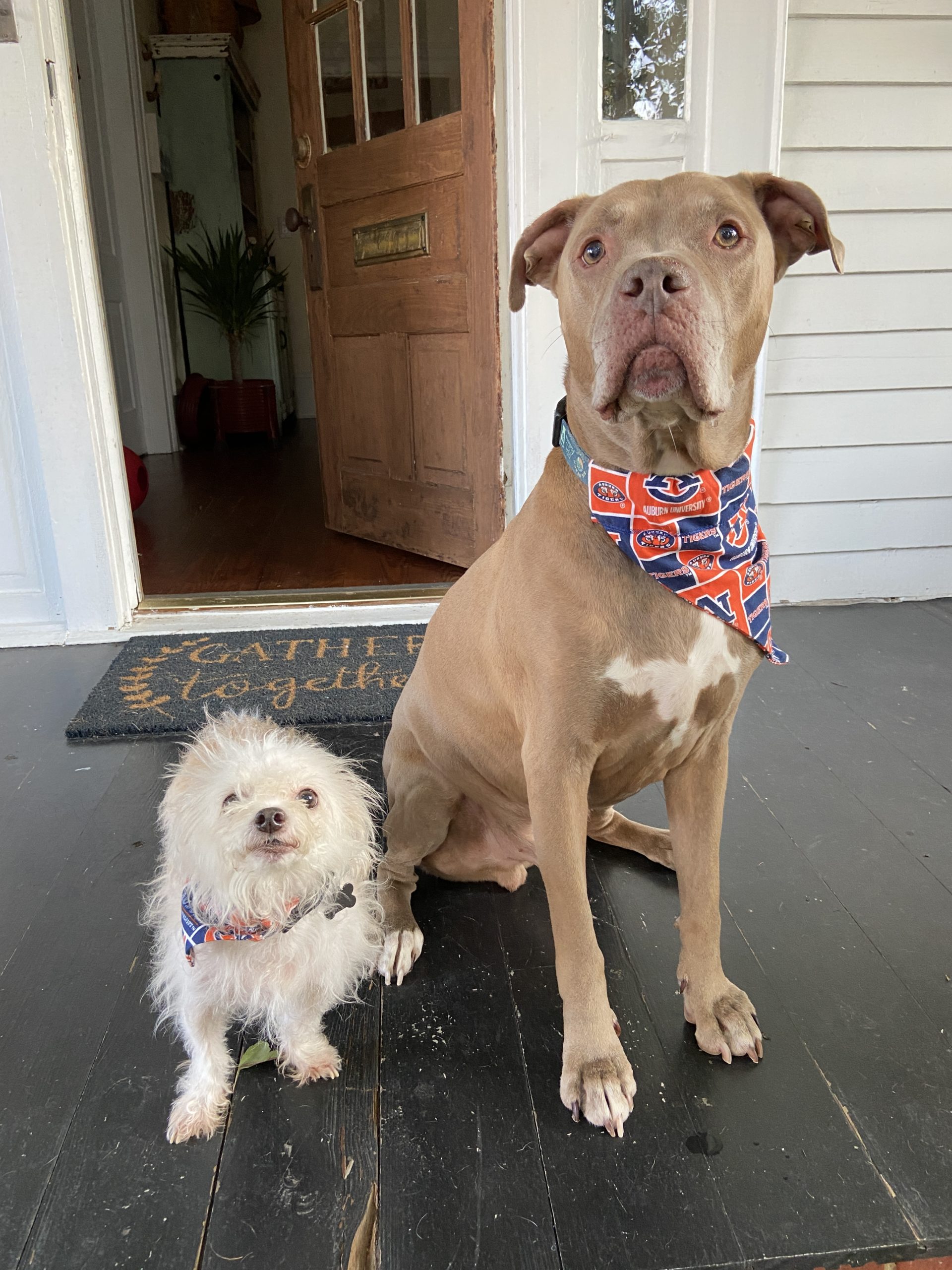 More: Both our dogs are rescues. Lawrence (small guy) we rescued 8 years ago as a companion of for our precious Lily. He was a teensy puppy. Funny looking for sure, but man he loves his family. He has a BIG personality and the little dog syndrome going strong! In January of 2020 we adopted Chase. He was a 2 year old pitmix in an animal refuge at the time. He had been removed from what I call “death row” in a county animal control facility. For some reason he had been in the refuge and overlooked for 6 months. On a Friday I was in a local antique shop when I saw a woman with a large pit mix shopping. He was SO well behaved. The leash said “adopt me”. I’d wanted a big dog that could hike and run with me for awhile but knew 3 dogs in our historic area would be hard. But after discussing it with my husband we decided to go for it. On Monday I called to adopt “Tiger” but someone got him Saturday. The rescue said they had another for me to come see. So on a rainy Monday in January I went, visited Chase and took him home! He is the best dog I have ever owned. Loyal, kind, gentle, happy and such a Mommas boy! I say he rescued me.
Vote