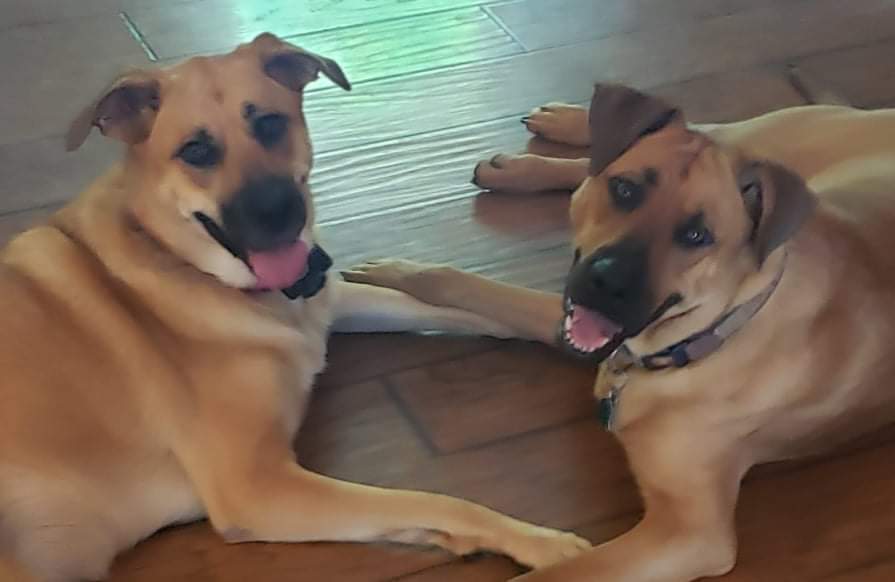 More: We adopted Leia(on the left) from our local shelter when she was 10 weeks old for our son. I believe there were 8 or 10 puppies in the litter.. Her brother (littermate) JB got off to a rough start. The people that adopted him put him up for sale on a website the shelter found him and brought him back. He was put in the Prison Pawsabilities Program at the prison where my husband works . When he saw JB he thought he could be Leia's brother and he was. My husband checked on him everyday brought him special treats and we hoped someone would adopt him(and hoping no one did because we wanted him) He graduated from the program and we brought home. Leia and him are best buddies. She must have been born first because she tries to be the boss!
Vote