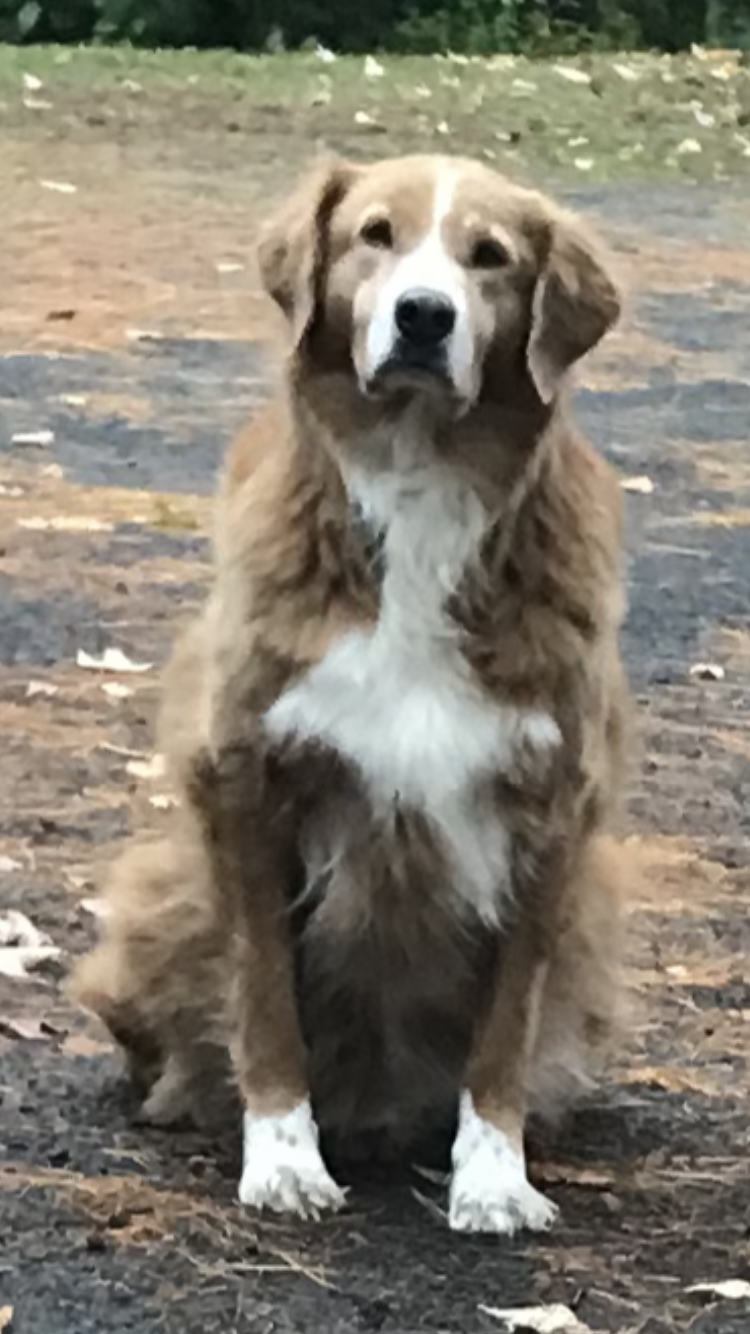 More: Liam and his two brothers, Finnegan and Murphy, were rescues from somewhere down south. We were told lab/chow mix. When we first adopted he, and his two brothers, we were concerned that since he was such a fluff ball that the longhair was going to be a grooming headache. As it turned out, he is the most easy to care for of the trio. His coat is always shiny, his fur rarely falls out, and he always smells like the outdoors/fresh pine. When we had him up to the lake as a very young pup, someone with a pedigree Nova Scotia duck tolling retriever yelled out to us “oh you have a duck toller” and we said- no he’s a lab chow mix, and they yelled back from their boat “that is a duck toller, look it up “ so we did ! We had a good laugh over all of the information we found on the Internet concerning tollers, but most especially the -10 reasons not to get a duck Toller! He fit every single one of those quirks particular to his breed, down to the- slight aloof personality, crazy scream/hollering when he spots any sort of scampering critter, to his complete disinterest in being trained in any way shape or form. That being said, the little bit of Labrador within him, makes him extremely loyal, extremely good natured, and very attentive to his owners. So much so, that if he is not following you with his eyes, he is certainly following you in whatever you’re doing. One time my husband went out of our backyard , which has a 6 foot fence around it, in the dark , and didn’t see Liam was directly behind him, he came back through the gate, and accidentally locked Liam out of the yard! He went into the house for the night and went to bed. Much to our shock, the next morning we woke and found Liam patiently laying outside our front door waiting to be let in ! he never wandered off , he never made a sound ! he just patiently waited for us to notice he was missing and let him back in. Every day I see that someone has lost a pet and I can’t fathom it because our dogs would have to be dragged away from us, they would never consider leaving home. He is sweet natured with our grandchildren, he is insistent on dusk car rides nightly to look for deer, as in the submitted photo, and he is opposite of his breed in that he refuses to swim or get wet past his ankles at the lake. Liam is definitely about the best boy you could hope for and very much loved.
Vote