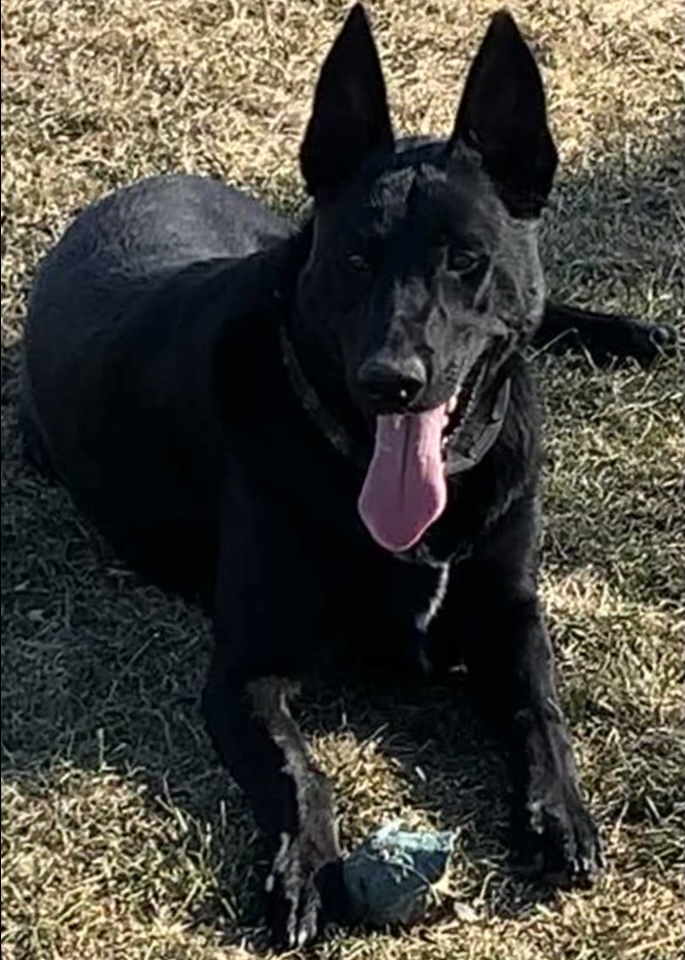 Just taking a break .Waiting for my mom to throw my ball!!

More: Nash is a super sweet and loving dog.He loves to go to the dog park and play with his friends(We go every Day.)He loves someone to throw the ball to him.He goes up to random people and puts the ball at their feet to throw the ball.He would chase after the ball all Day if I let him.He loves children (because they throw the ball and play with him)He loves other dogs and cats(he has a cat brother).They play nicely.He has a lot of energy and enjoys being with people in general.He is a very loyal dog that thinks he has to protect us.We have him in training sessions so he will have good manners when he grows up.:)
Vote