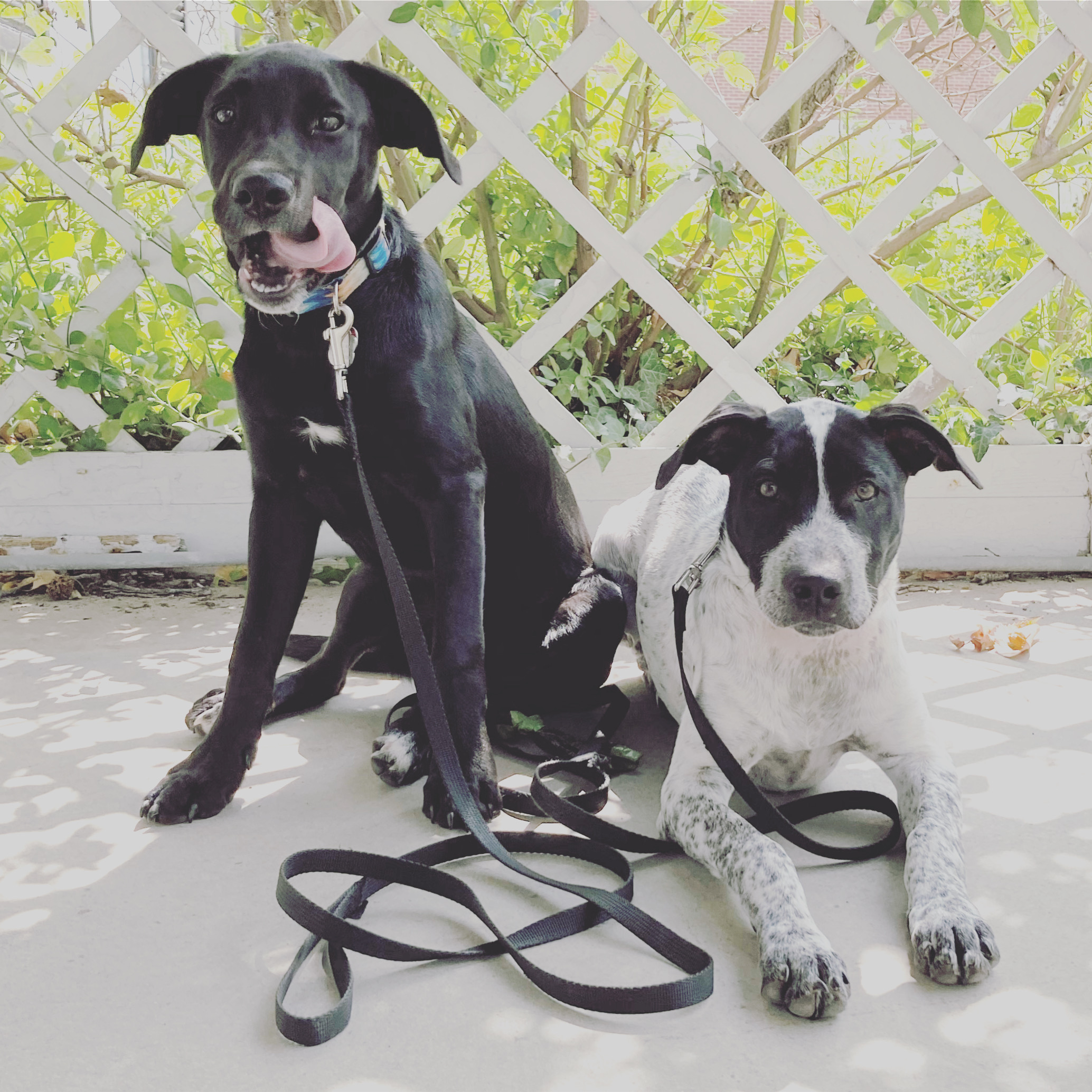 Age: Both are 9 months

More: In early 2020 my husband and I spilt up. Our sons were living in between our two homes. The divorce was almost final. Then COVID hit. We moved back in together to give things another go. And then things got worse. We lost our beloved black lab, Rooney, to cancer. Our family felt broken for a second time in just a few months. Later in May, we decided to adopt a puppy. Maybe it could help us heal. Twenty applications later, we “won” Coco, a 8 week old cattle dog mix who was white with black freckles. We drove two hours to pick her up, excited and nervous about having a “baby” again. We fell in love with her immediately, but still felt something was missing. Coco began suffering from anxiety due to her breed type and perhaps being taken from her mother too young. We decided we could help another dog in need and help Coco at the same time so went looking for another dog to add to our family. We took Coco to a shelter on a Saturday in late July. One by one, puppies were brought out to us. This first one, “Squirrel,” growled at Coco. Nope. The second one, “Limp” was literally limp in my arms. Plus, Coco was indifferent. Nope. The third one, “ Atticus” was a black lab. He had a glow about him. Coco lit up when she saw him. That’s when we knew...we found our Nate. Coco chose Nate to be her guy for life. She made the right choice. Nate is pure joy and helps with Coco’s anxiety. He actually helps us all with our anxiety! He just loves a good hug. The pups are very active. They enjoy going on jogs, walking in the neighborhood, playing in fields together, swimming at the lake, and snuggling with our two sons, Jack and Davis. They are quite the pair. In this day and age, we all need someone. Coco has Nate. Nate has Coco. We all have each other. Our family, once broken, became whole once again.
Vote