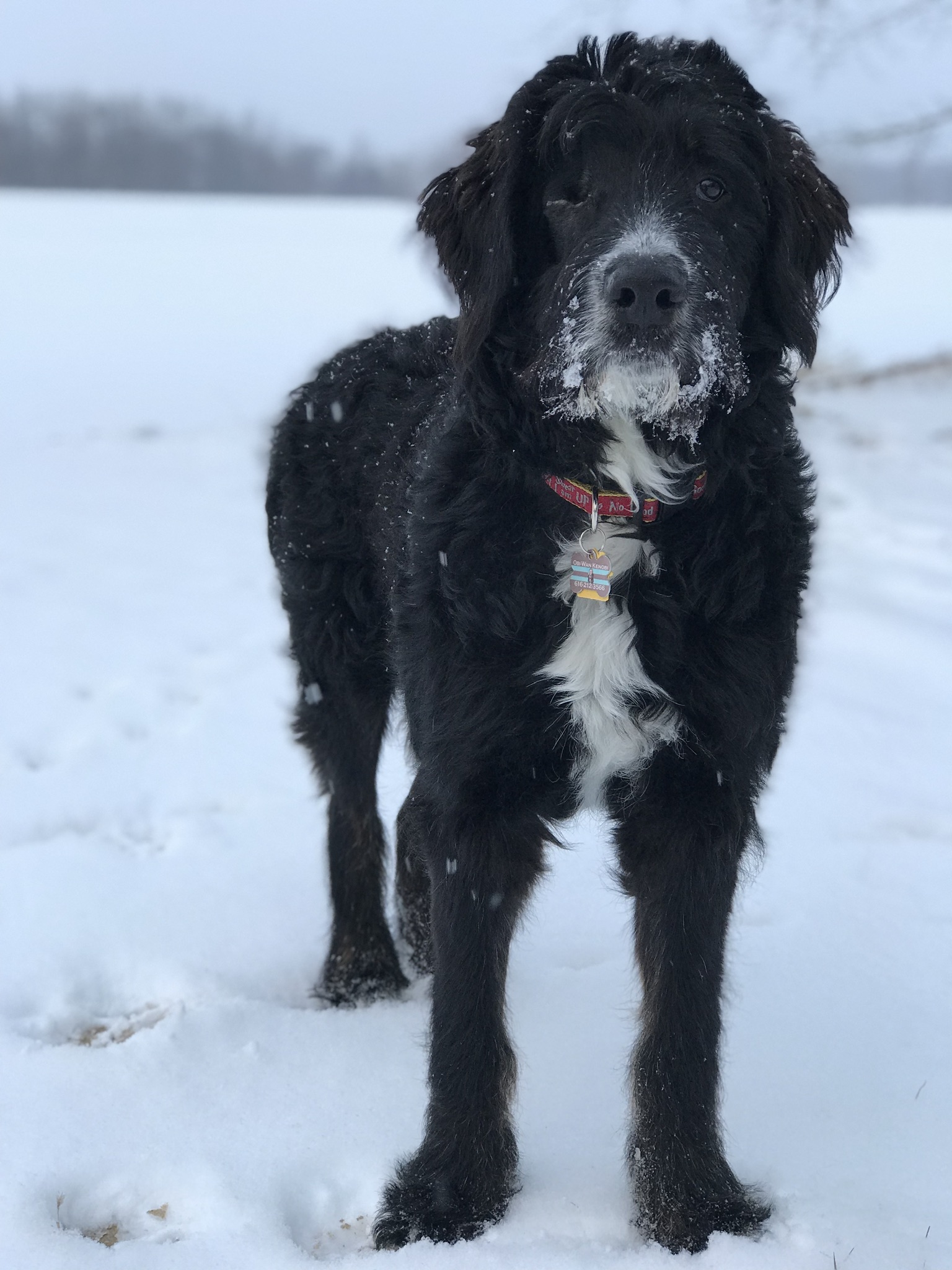 More: Obi is our first of three big dogs! Shortly after bringing him home we realized one little puppy eye didn’t seem to register the things around him (a couple of falls off of the lake dock confirmed). After several trips to the vet it was decided - the eye had to go. He had developed glaucoma and, even with medication, was now in a good amount of pain from the swelling. Obi was such a trooper and felt much better after his surgery. He’s now Obi Wan-Eyed Kenobi and the clear leader of our wolf pack. We can’t imagine life without him.
Vote