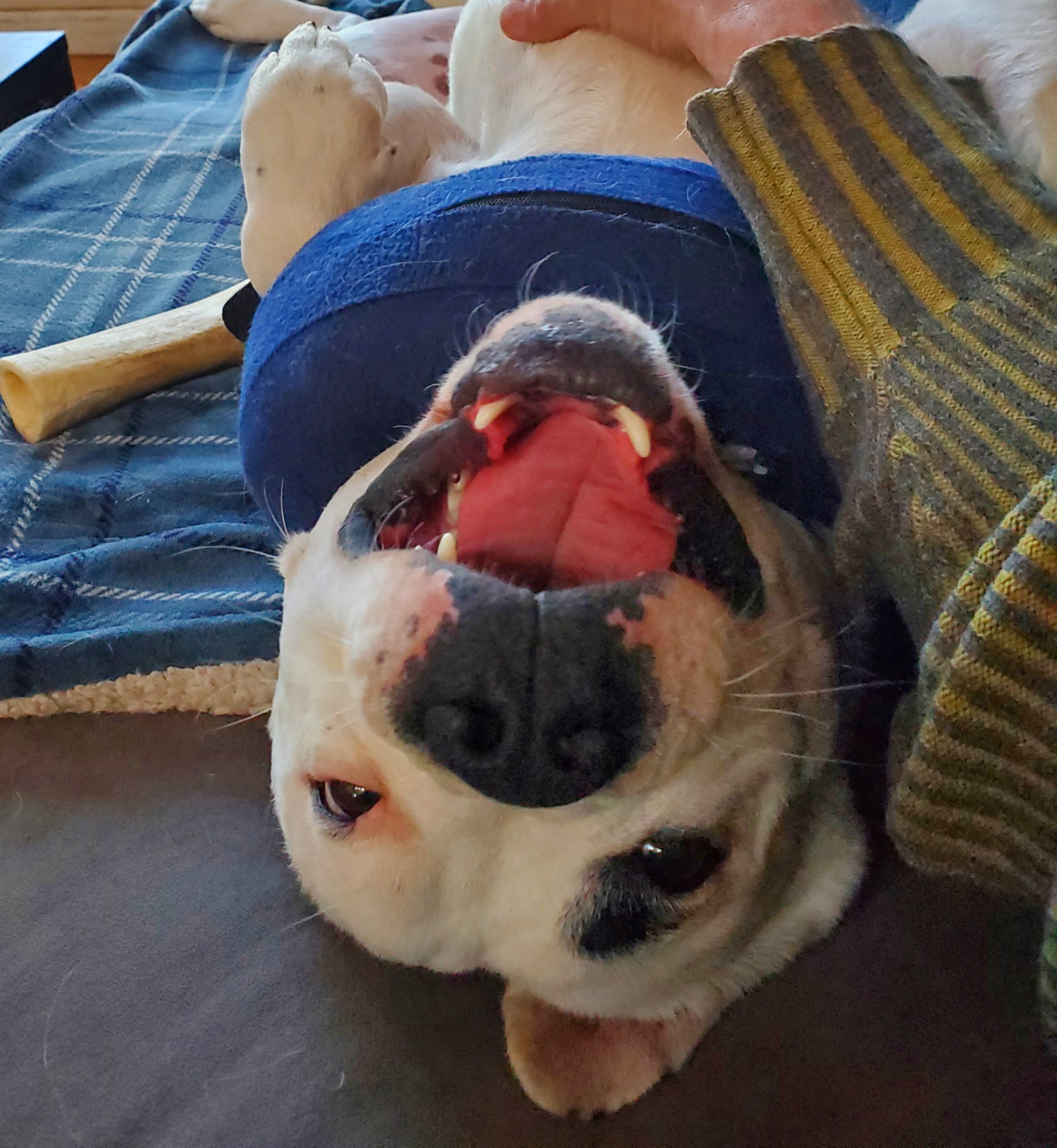 Oliver is all smiles.

More: Oliver was a rescue from the Roswell, NM shelter. Gritty Pitty Rescue in CO rescued him and we fostered him as he was going to be put down due to lack of space. We later adopted him. He's a great dog.
Vote