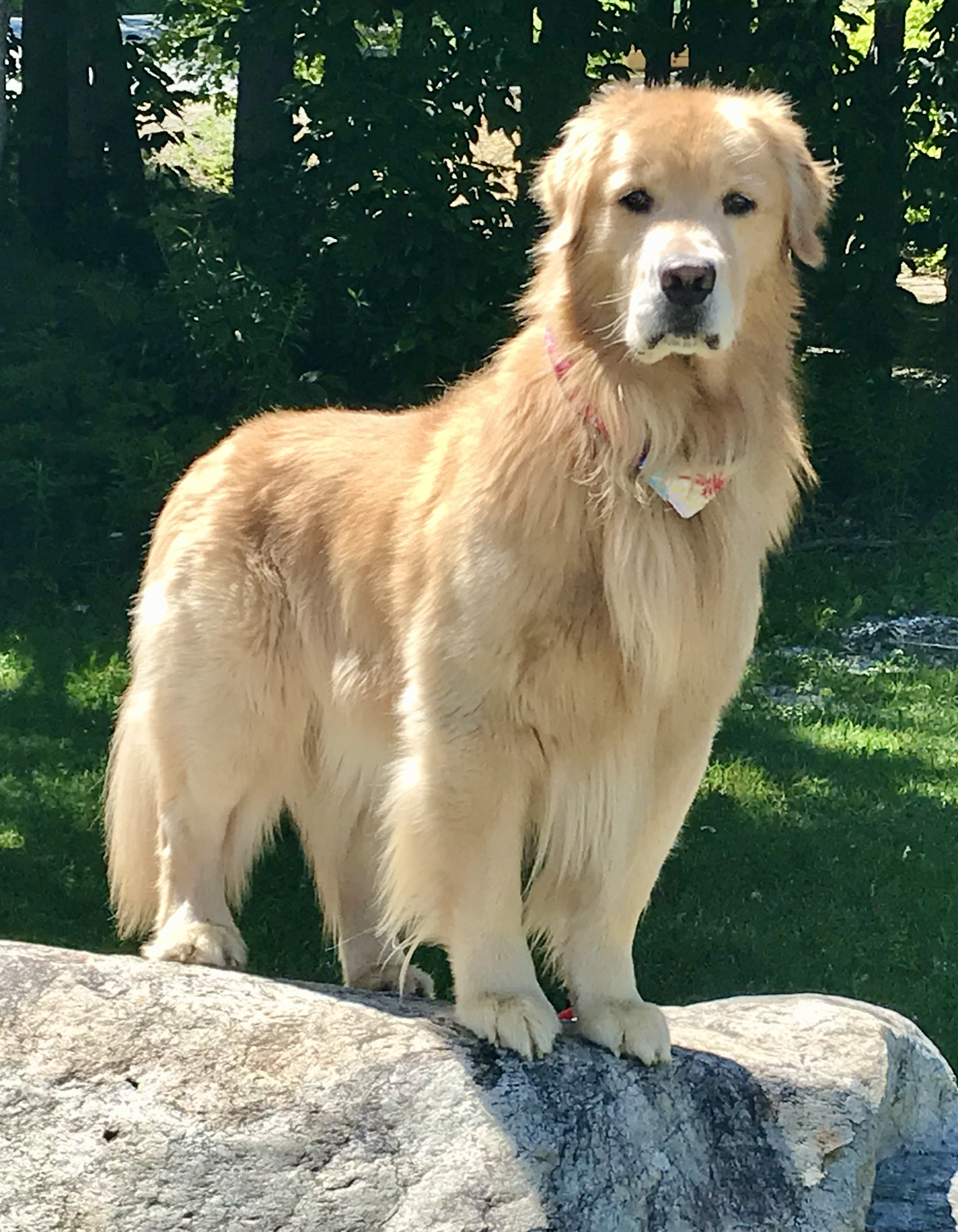 Jagger surveying his domain from his favorite perch on Okemo Mountain Ludlow, VT

More: Jagger loves the water in any form , Ocean, Bay , River , Pool or just getting sprayed with a hose .Though not always suitable for my fly fishing excursions ! He is so smart and extremely affectionate. Loves everyone he meets and every dog he encounters. However the only thing he likes better than children, are children with a ball ! Come winter , he can’t wait to get out on the slopes at Okemo and greet all the people getting off the lift . He likes to slid on his belly and back on the trails and in heavy snowfalls he burrows head first into the drifts exposing just his rear and tail ….. those who see him doing this get great enjoyment and smiles from ear to ear . He just turned ten but still looks and acts like a two to three year old youngster . Hope he stays that way forever !
Vote