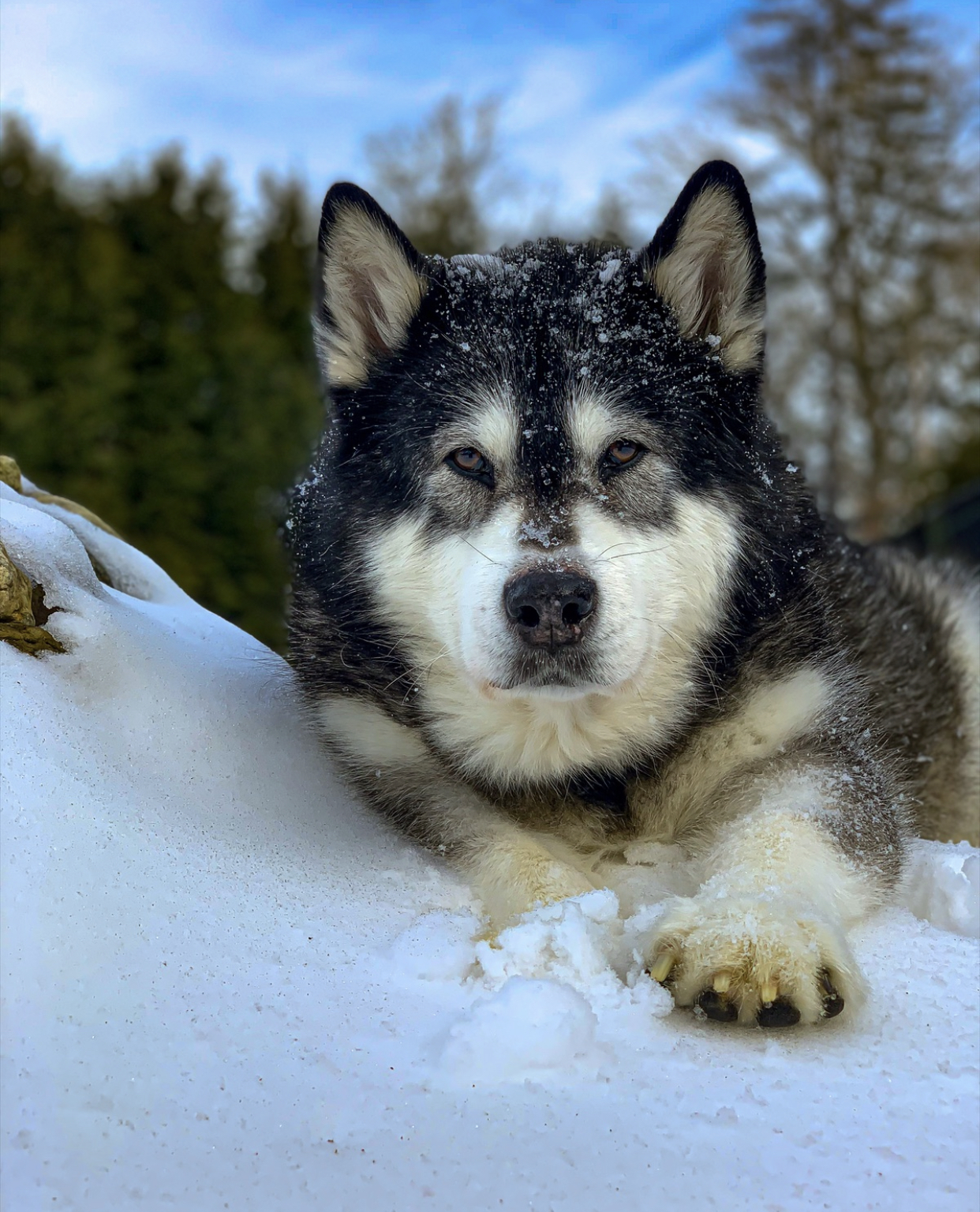 Snow dog at his best!

More: Pierre is a rescue dog who came from a terrible hoarding situation in Montana. He was like a feral dog when he came to rescue and he’s been with me just about 7 years. He is shy and fearful. He’s come a long way, but still has issues with loud noises, and people in groups. He has a dog brother Blue and a dog sister Ripley. He loves his pack. They have helped him so much! Pierre is just the sweetest boy ever and we love him beyond the moon!!!!
Vote