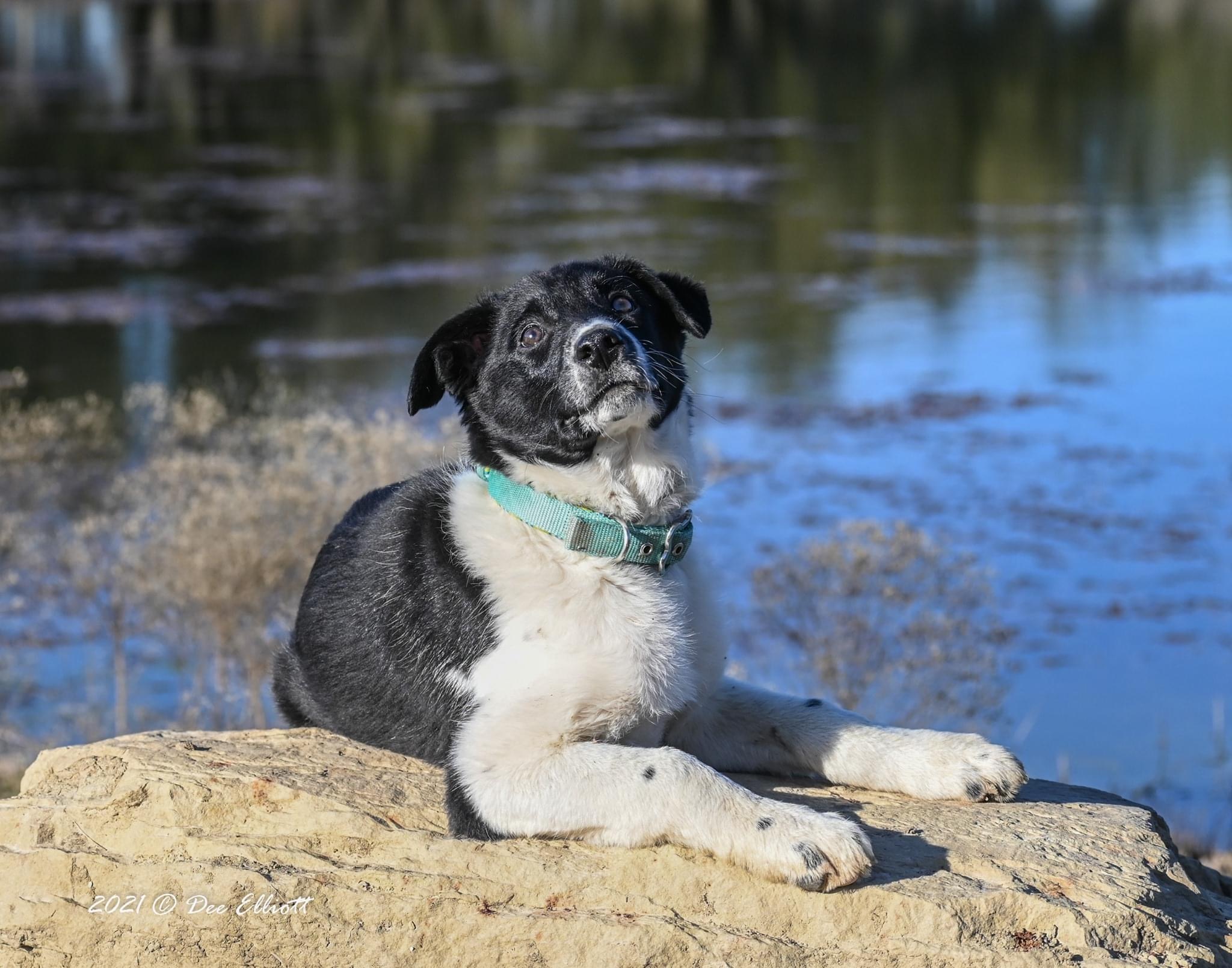 Things are looking up!

More: I saw this pup on Facebook , he was in Idaho, I , in Texas. I liked his look , so purchased him and my Sister brought him to me. I named him Quigley afterTom Selleck in the movie Quigley Down Under. Tom is handsome and so is this pup. Quigley is a character and keeps us laughing. He loves to fetch and play tug of war . He also loves to jump up on things like boulders or logs. He is just super fun. It has been 20 years since I have had a puppy. He has rejuvenated my life.
Vote